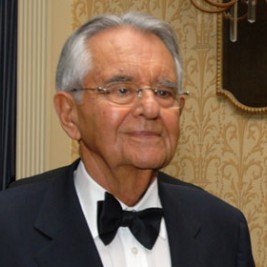 Businesses, Non-profit organizations, event planners and companies across the country have worked closely with our booking agents to hire Peter Peterson for a speaking engagements, guest appearances, product endorsements and corporate events. Many of those same clients have continued to turn to our speakers bureau as we can easily align Peter Peterson’s availability with their upcoming seminar, gala, annual conference, corporate function, and grand opening. Our close relationship with Peter Peterson’s booking agent and management team further enables us to provide inquiring clients with Peter Peterson’s speaking fee and appearance cost.

If your goal is to hire Peter Peterson to be your next keynote speaker or to be the next brand ambassador our celebrity speakers bureau can assist. If Peter Peterson’s booking fee is outside your companies budget or your unable to align with his appearance availability, our booking agents can provide you a list of talent that aligns with your event theme, budget and event date.

Mr. Peterson joined the White House staff in February 1971 as assistant to President Nixon for international economic affairs. He was named secretary of commerce by President Nixon on January 27, 1972. At that time, the president also asked Mr. Peterson to assume the chairmanship of National Commission on Productivity. During 1972, Mr. Peterson was also the chairman of the US-Soviet Commercial Commission that negotiated the comprehensive trade- Ex-Im credits, arbitration, copyright and lend-lease agreements that were signed in November 1972.

Mr. Peterson was chairman & CEO of Lehman Brothers (1973-1977), and after the merger with Kuhn, Loeb, became chairman & CEO of Lehman Brothers Kuhn, Loeb Inc. (1977-1984). During his term, Mr. Peterson led the firm from significant operating losses to five consecutive years of record profits with a turn on equity among the highest in the investment banking industry.
In 1958, Mr. Peterson joined Bell & Howell as executive vice president & director. In 1961, at the age of 34, he was elected president. In 1963, he became chief executive office and had that position until February 1971. From 1962 to 1971, corporate sales more than doubled, and operating earning more than quadrupled.

He is the founding president of The Concord Coalition, a bipartisan citizen's group he organized in 1992 together with former Senators Warren Rudman and the late Paul Tsongas (who was succeeded by Senator Robert Kerrey). The Concord Coalition is dedicated to building a constituency of fiscal responsibility. In 1982, he was a founding member of the Bi-Partisan Budget Appeal, an organization of 500 heads of major organizations, accounting, law and banking firms, and university and former public officials.

Mr. Peterson was formerly director of Sony Corporation, 3M Company, Federated Department Stores, Black & Decker, General Foods, RCA, The Continental Group, and Cities Services.
In the fall of 1976, President Ford appointed Mr. Peterson chairman of the Quadrennial Commission on Executive, Legislative, and Judicial Salaries. For 1978 and 1979, Mr. Peterson was chairman of the US Council of the International Chamber of Commerce. In February 1994, President Clinton named Mr. Peterson as a member of the Bi-Partisan Commission on Entitlement and Tax Reform co-chaired by Senators Kerrey and Danforth.

He has received a number of awards, including a US Junior Chamber of Commerce award naming him one of the “Ten Outstanding Men” in the nation. In 1962 Life magazine cited him as one of the 100 most important Americans under 40. In 1973 the Harvard Business School Club of Chicago named him “Business Statesman of the Year,” and he received the Gotshal Award for “Exceptional Service in the Field of International Arbitration.” In 1976 Mr. Peterson received the Phoenix House Outstanding Public Service Award, and in 1980 the New York Board of Trade Award for business leadership and public service. In 1981 he was designated honoree of the Cathedral of St. John the Divine's “Spirit of the City” award and the American Jewish Congress's Stephen Wise Award. In June 1983, Mr. Peterson received the University of Chicago Alumni Medal (its highest honor) “. . . for extraordinary distinction in one's field of specialization and extraordinary service to society.” His Atlantic Monthly cover article, “The Morning After” (October 1987) received the National Magazine Award for Best Public Interest Article of the Year in 1987. In 1989 he was appointed as an American representative on the US-Japan “Wise Men's” Group. He received the Man of Vision Award in January 1994, and the Nebraskalander Award in February 1994. Mr. Peterson was presented with the Committee for Economic Development (CED) 2001 Excellence in Public Policy Award. He was declared a Living Legend by the New York Historical Society in November 2003. Mr. Peterson was honored by the Coro New York Leadership in May 2004. He was also honored for a leadership award by the Harvard Business School in May 2004.
Born on June 5, 1926, Mr. Peterson graduated from Northwestern University with a B.S. (summa cum laude) in 1947. He received his master's in business administration with honors in 1951 from the University of Chicago. For several years, he was a part-time member of the faculty of the Graduate School of Business of the University of Chicago and coedited a book of readings entitled Readings in Market Organizations and Price Policies. He is the author of Gray Dawn: How the Coming Age Wave Will Transform America—and the World (Times Books, January 1999); Will America Grow Up Before It Grows Old? (Random House, September 1996); Facing Up: How to Rescue the Economy from Crushing Debt and Restore the American Dream (Simon and Schuster, November 1993) and coauthor of On Borrowed Time: How the Growth in Entitlement Spending Threatens America's Future. His most recent book is Running on Empty: How the Democratic and Republican Parties Are Bankrupting Our Future and What Americans Can Do About It.
In 1969, Mr. Peterson was asked by John D. Rockefeller III, John J. McCloy, and Douglas Dillon to chair a Commission on Foundations and Private Philanthropy. This commission issued a book entitled Foundations, Private Giving and Public Policy. Its recommendations were reviewed in a full-day seminar with the Senate Finance Committee. A number of its recommendations were accepted, in particular the recommendation that all foundations be required to pay out a minimum, specified amount of their assets each year.