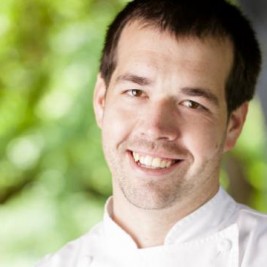 Businesses, Non-profit organizations, event planners and companies across the country have worked closely with our booking agents to hire Perry Hoffman for a speaking engagements, guest appearances, product endorsements and corporate events. Many of those same clients have continued to turn to our speakers bureau as we can easily align Perry Hoffman’s availability with their upcoming seminar, gala, annual conference, corporate function, and grand opening. Our close relationship with Perry Hoffman’s booking agent and management team further enables us to provide inquiring clients with Perry Hoffman’s speaking fee and appearance cost.

If your goal is to hire Perry Hoffman to be your next keynote speaker or to be the next brand ambassador our celebrity speakers bureau can assist. If Perry Hoffman’s booking fee is outside your companies budget or your unable to align with his appearance availability, our booking agents can provide you a list of talent that aligns with your event theme, budget and event date.

Born and raised right here in the Napa Valley, Perry literally grew up in fine dining kitchens as his grandparents were the original owners of the French Laundry, the Yountville restaurant made famous by its present owner Thomas Keller. At the age of 4, Perry would help his grandmother make croutons, roast bell peppers and chop parsley in that kitchen. This "babysitting" task would ultimately shape his career. Perry started working as a Pantry Chef at a local neighborhood restaurant at age 15. Three years later, Perry moved to Anderson Valley to work at the Boonville Hotel. Perry learned to cook seasonally with what Mother Nature provided from the restaurant's two-acre vegetable garden. Searching for a bigger challenge, Perry then became Sous Chef at the Fairmont Sonoma Mission Inn. During his tenure there, he was fortunate to spend a few months at the sister property at Mauna Lani, Hawaii, deftly stepping into any one of the five restaurants on the The Fairmont Orchid property - one night he'd be rolling sushi poolside and the next, expediting orders in the upscale restaurant. Perry then settled back into his role in Sonoma until Chef Robert Curry of Auberge Du Soleil asked Perry if he'd like to work for him in late 2005. Four days later, he was Chef Curry's Sous Chef. Perry spent two years under Curry's wing and his proud to have helped achieve its first Michelin star rating. Like in his previous role, Perry traveled to a sister property, Palmetto Bluff in South Carolina. Perry joined the culinary team at étoile at DomaineChandon in July 2007; interestingly located less than a mile from where he first started "working" in another Yountville kitchen 20 years ago. For the first time this year the restaurant was awarded a Michelin star, making chef Perry Hoffman the youngest star recipient in the U.S. The San Francisco Chronicle affirmed this fact with a 3.5 star review of étoile Restaurant at DomaineChandon on November 12, only one month after the Michelin star was announced. Of his most recent accomplishments, Chef Perry Hoffman was nominated for James Beard's Best New Chef 2010 and for Food & Wine's 2011 People's Best New Chef.