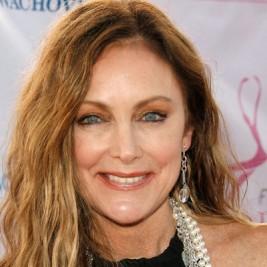 Businesses, Non-profit organizations, event planners and companies across the country have worked closely with our booking agents to hire Peggy Fleming for a speaking engagements, guest appearances, product endorsements and corporate events. Many of those same clients have continued to turn to our speakers bureau as we can easily align Peggy Fleming’s availability with their upcoming seminar, gala, annual conference, corporate function, and grand opening. Our close relationship with Peggy Fleming’s booking agent and management team further enables us to provide inquiring clients with Peggy Fleming’s speaking fee and appearance cost.

If your goal is to hire Peggy Fleming to be your next keynote speaker or to be the next brand ambassador our celebrity speakers bureau can assist. If Peggy Fleming’s booking fee is outside your companies budget or your unable to align with his appearance availability, our booking agents can provide you a list of talent that aligns with your event theme, budget and event date.

Peggy Fleming is an American former figure skater. She is the 1968 Olympic Champion in Ladies' singles and a three-time World Champion (1966–1968). Fleming has been a television commentator on figure skating for over 20 years, including several Winter Olympic Games.

In 1961, when Fleming was 12 years old, her coach William Kipp was killed in the crash of Sabena Flight 548 along with the rest of the United States team on the way to the 1961 World Figure Skating Championships. Fleming was subsequently coached by Carlo Fassi. Peggy Fleming would be forced to define her own style in figure skating, a style that would lead to five U.S. titles, three World titles and the Gold Medal in the 1968 Olympics in Grenoble, France.

For more than twenty years, Peggy has been a commentator on figure skating for ABC Sports, as well as a spokesperson for the National Osteoporosis Foundation.

In 1970, Peggy Fleming married dermatologist Dr. Greg Jenkins. They live in the San Francisco Bay Area. They have two sons, Andy and Todd (born 1977 and 1988) and three grandsons.

In 1998, Peggy was diagnosed with breast cancer and survived due to early detection and successful surgery.