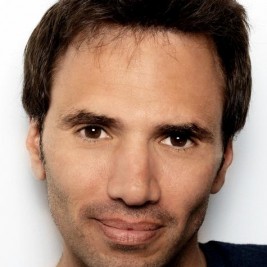 Businesses, Non-profit organizations, event planners and companies across the country have worked closely with our booking agents to hire Paul Mecurio for a speaking engagements, guest appearances, product endorsements and corporate events. Many of those same clients have continued to turn to our speakers bureau as we can easily align Paul Mecurio’s availability with their upcoming seminar, gala, annual conference, corporate function, and grand opening. Our close relationship with Paul Mecurio’s booking agent and management team further enables us to provide inquiring clients with Paul Mecurio’s speaking fee and appearance cost.

If your goal is to hire Paul Mecurio to be your next keynote speaker or to be the next brand ambassador our celebrity speakers bureau can assist. If Paul Mecurio’s booking fee is outside your companies budget or your unable to align with his appearance availability, our booking agents can provide you a list of talent that aligns with your event theme, budget and event date.

A native of Providence, Rhode Island, Paul Mecurio is an Emmy and Peabody Award winner for his work on "The Daily Show w/Jon Stewart." He has appeared in his own Comedy Central Special, starred in his own series on HBO, appeared on CBS's "The Late, Late Show," VH-1, "Conan O'Brien," "Red Eye w/Greg Gutfeld," "Hannity," CNN, MSNBC, "The Tonight Show," "The Daily Show," and ABC's "Wednesday's at 9:30." Paul graduated with honors from Georgetown Law School and began his career on Wall Street as a mergers and acquisitions lawyer at the law firm of Willkie Farr and Gallagher and later as an investment banker at CS First Boston. All the while, Paul was honing a second career writing and performing comedy and was hired by Jay Leno to write jokes for “The Tonight Show.” With the encouragement of Jay, Paul moved center stage, leaving Wall Street and starting his career as a stand-up comedian. Paul was invited to be on the writing team for a new Comedy Central show called “The Daily Show.” As a writer for “The Daily Show with Jon Stewart,” Paul won the Emmy Award for Outstanding Individual Achievement In Writing In A Variety, Music or Comedy Program. Paul has also been honored with a Peabody Award for Excellence in Broadcasting (think The Pulitzer Prize for Broadcasting) for his work on The Daily Show. Paul has also received a second Emmy nomination for his work on “The Daily Show.” Paul has been featured on “The Daily Show” as a correspondent and in “The Daily Show” segment, “Second Opinion,” in which he skewered the medical profession playing an HMO representative with a less than sympathetic mindset. Paul appears as a contributor on CNN, Fox News, MSNBC, and CNBC. Paul is a regular satirist on “Hannity,” “The Joy Behar Show,” “Dylan Ratigan” and “Red Eye with Greg Gutfeld.” Paul created, executive produced, stars in and hosts the HBO Sports web series, “Got No Game with Paul Mecurio,” which recently premiered with weekly installments at www.HBO.com and www.paulmecurio.com. The series takes a satiric look at the world of sports through original sketches and one-on-one interviews and has been nominated for an Emmy Award. Paul has three television shows in development. A sit-com starring Paul based on his unique journey from being a Wall Street lawyer and investment banker to comedian and actor. Lewis Black will co-star. Don Scardino, the famed director from “30 Rock,” will Direct and Executive Produce. Paul has a second show centered around his unique brand of stand up that involves the audience. The show, entitled, “Mob Rule w/Paul Mecurio” is a talk show hosted by Paul that gives a voice to the audience-the average American.