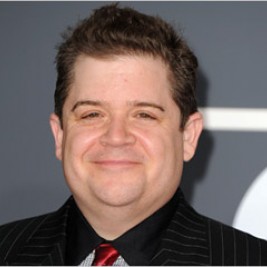 Businesses, Non-profit organizations, event planners and companies across the country have worked closely with our booking agents to hire Patton Oswalt for a speaking engagements, guest appearances, product endorsements and corporate events. Many of those same clients have continued to turn to our speakers bureau as we can easily align Patton Oswalt’s availability with their upcoming seminar, gala, annual conference, corporate function, and grand opening. Our close relationship with Patton Oswalt’s booking agent and management team further enables us to provide inquiring clients with Patton Oswalt’s speaking fee and appearance cost.

If your goal is to hire Patton Oswalt to be your next keynote speaker or to be the next brand ambassador our celebrity speakers bureau can assist. If Patton Oswalt’s booking fee is outside your companies budget or your unable to align with his appearance availability, our booking agents can provide you a list of talent that aligns with your event theme, budget and event date.

Patton Oswalt is an American comedian, actor, and writer.

He first got his start headlining in comedy clubs in 1996.   After writing for MADtv and starring in his own 1997 comedy special for HBO, he went on to earn notable roles in films and television shows including "Magnolia" and "The King of Queens" on CBS.

In 2004, he released a comedy album titled "Feelin' Kinda Patton" and later that year a longer, unedited version of the same recording called "222."  Also in 2004, he put together the Comedians of Comedy Tour, which was documented in a six-episode Comedy Central series.

He is a graduate of the College of William and Mary where he earned a degree in English.