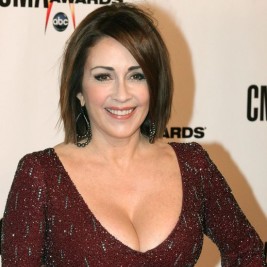 If your goal is to hire Patricia Heaton to be your next keynote speaker or to be the next brand ambassador our celebrity speakers bureau can assist. If Patricia Heaton’s booking fee is outside your companies budget or your unable to align with his appearance availability, our booking agents can provide you a list of talent that aligns with your event theme, budget and event date.

Patricia Heaton is an American actress. She is known for portraying Debra Barone on the CBS sitcom Everybody Loves Raymond from 1996 to 2005, for which she won two Primetime Emmy Awards, and as Frances "Frankie" Heck on the ABC sitcom The Middle (2009–present).

Heaton was born the second youngest of 5 children in an Irish American Catholic family, and raised Roman Catholic in Bay Village, Ohio, a suburb of Cleveland, Ohio, the daughter of well-known Cleveland Plain Dealer sportswriter, Chuck Heaton. Her mother died when she was a small child. She moved to New York City to study with drama teacher William Esper after graduating from The Ohio State University with a B.A. in drama in 1980. Her eldest sister, Sharon, is a Roman Catholic (Dominican) nun and second-grade teacher at St. Mary Star of the Sea in Virginia, and another sister, Alice Cartwright, the second oldest child, lives in Nashville and is married with three grown children, one of whom has ambitions to be an actress. Michael Heaton, the only boy, is the "Minister of Culture" columnist for Cleveland Plain Dealer, and a writer for the paper's Sunday Magazine. He's married and has three young daughters. Patricia is the second youngest, followed by Frances ("Franny"), the youngest, who works in the activities department at Harborside Healthcare in Westlake, Ohio.

Heaton made her Broadway debut in the musical Don't Get God Started, after which she and fellow students created Stage Three, an off-Broadway acting troupe. When they brought one of their productions to Los Angeles, Heaton caught the eye of a casting director for the ABC drama thirtysomething, in which she played an oncologist, leading to three appearances on the series. She was featured in three unsuccessful sitcoms - Room for Two (1992) with Linda Lavin, Someone Like Me (1994), and Women of the House (1995) with Delta Burke - before landing the plum role of beleaguered wife, mother, and in-law Debra Barone on Everybody Loves Raymond (1996 - 2005) with Ray Romano, Doris Roberts, Peter Boyle, Brad Garrett, and Monica Horan. Since 1999, she has been nominated every year for an Outstanding Lead Actress in a Comedy Series Emmy, winning the award twice. She has also collected two Viewers for Quality Television awards and a Screen Actors Guild trophy for her work on the series.

Heaton's television movies include Shattered Dreams, Miracle in the Woods, A Town Without Christmas, as well as the remake of Neil Simon's The Goodbye Girl with Jeff Daniels, and The Engagement Ring, both for TNT. Her feature films include Memoirs of an Invisible Man, Beethoven, and Space Jam.

Heaton is a conservative, pro-life activist and is the honorary chairperson of Feminists for Life, an organization opposed to abortion. She is a very outspoken Republican and supporter of both President George W. Bush and the war in Iraq. She has also been a very active supporter for the nonprofit world hunger organization Heifer International. On her website she mentions giving Heifer International gifts to the cast and crew of Everybody Loves Raymond. Although she has been quoted as saying "once a Catholic, always a Catholic", Heaton now attends an evangelical Presbyterian church with her husband and their four sons. She has not left the Catholic church nor converted to Presbyterianism.

Her memoir, Motherhood and Hollywood: How to Get a Job Like Mine, was published by Villard Books in 2002. Heaton has been married to British businessman David Hunt II since 1990. The couple has four sons, and they divide their time between Los Angeles and England, where they own a country estate. Her first marriage (1984-1987) ended in divorce.

Since 2003, Heaton has appeared in a series of television and radio commercials as spokesperson for the grocery chain Albertsons, owned by Supervalu as of 2006. She has also appeared in advertisements for Pantene hair-care products. Heaton has a development deal and will have her own show on ABC.