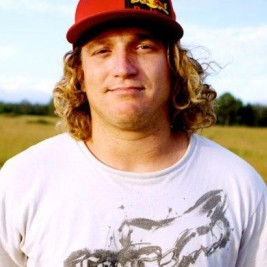 Businesses, Non-profit organizations, event planners and companies across the country have worked closely with our booking agents to hire Parks Bonifay for a speaking engagements, guest appearances, product endorsements and corporate events. Many of those same clients have continued to turn to our speakers bureau as we can easily align Parks Bonifay’s availability with their upcoming seminar, gala, annual conference, corporate function, and grand opening. Our close relationship with Parks Bonifay’s booking agent and management team further enables us to provide inquiring clients with Parks Bonifay’s speaking fee and appearance cost.

If your goal is to hire Parks Bonifay to be your next keynote speaker or to be the next brand ambassador our celebrity speakers bureau can assist. If Parks Bonifay’s booking fee is outside your companies budget or your unable to align with his appearance availability, our booking agents can provide you a list of talent that aligns with your event theme, budget and event date.

Parks Bonifay was born September 30, 1981 and is an American professional wakeboarder.

Bonifay was born in West Bend, Wisconsin. He became a professional wakeboarder in 1994. Parks took the wakeboarding world by storm as a 14-year-old, winning the X-Games in his first visit. He has held many major titles including the Pro Wakeboard Tour titles in 1999 and 2001. His dad put him on skis at just six months, 28 days old.

He became the first documented wakeboarder to land the 1080 (a switch toeside 1080), doing so at a Bill Doster photoshoot in 1999.

A full-length feature documentary on Parks' life was released on August 21, 2009, aptly titled The Parks Documentary. It chronicles the story of Park's life, from his roots in water skiing and show skiing via his parents and grandparents, to his exploits, accomplishments and sheer dominance of the world of wakeboarding the past 12 years.

He resides in Polk County, Florida.