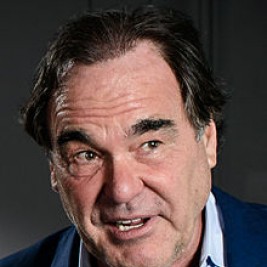 Businesses, Non-profit organizations, event planners and companies across the country have worked closely with our booking agents to hire Oliver Stone for a speaking engagements, guest appearances, product endorsements and corporate events. Many of those same clients have continued to turn to our speakers bureau as we can easily align Oliver Stone’s availability with their upcoming seminar, gala, annual conference, corporate function, and grand opening. Our close relationship with Oliver Stone’s booking agent and management team further enables us to provide inquiring clients with Oliver Stone’s speaking fee and appearance cost.

If your goal is to hire Oliver Stone to be your next keynote speaker or to be the next brand ambassador our celebrity speakers bureau can assist. If Oliver Stone’s booking fee is outside your companies budget or your unable to align with his appearance availability, our booking agents can provide you a list of talent that aligns with your event theme, budget and event date.

Oliver Stone is an American film director, screenwriter, and producer. Stone came to public prominence between the mid-1980s and the early 1990s for writing and directing a series of films about the Vietnam War, in which he had participated as an infantry soldier. Many of Stone's films primarily focus on controversial American political issues during the late 20th century, and as such that they were considered dangerous at the times of their releases.

Stone's films often combine different camera and film formats within a single scene as evidenced in JFK, Natural Born Killers, and Nixon. Stone has received three Academy Awards for his work on the films Midnight Express, Platoon, and Born on the Fourth of July. He was presented with the Extraordinary Contribution to Filmmaking Award at the 2007 Austin Film Festival.