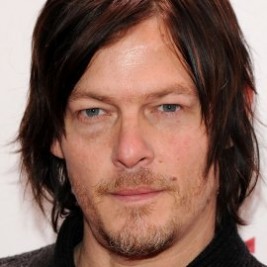 Businesses, Non-profit organizations, event planners and companies across the country have worked closely with our booking agents to hire Norman Reedus for a speaking engagements, guest appearances, product endorsements and corporate events. Many of those same clients have continued to turn to our speakers bureau as we can easily align Norman Reedus’s availability with their upcoming seminar, gala, annual conference, corporate function, and grand opening. Our close relationship with Norman Reedus’s booking agent and management team further enables us to provide inquiring clients with Norman Reedus’s speaking fee and appearance cost.

If your goal is to hire Norman Reedus to be your next keynote speaker or to be the next brand ambassador our celebrity speakers bureau can assist. If Norman Reedus’s booking fee is outside your companies budget or your unable to align with his appearance availability, our booking agents can provide you a list of talent that aligns with your event theme, budget and event date.

Norman Reedus began acting in Los Angeles theater, making his screen debut with a bit part in Guillermo Del Toro's underrated science fiction thriller "Mimic" in 1997. That same year, he vaulted to leading man status with the indie "Six Ways to Sunday" as a disturbed young man who becomes a hitman to support his mother.

He continued to mine a vein of dark characters in subsequent releases, including "Dark Harbor" and "8mm." That same year, Reedus played Murphy McManus, the more volatile half of two vigilante brothers who dedicated themselves to wiping out crime in Boston in "The Boondock Saints." The film generated enough goodwill among viewers to produce a sequel, "Boondock Saints II: All Saints Day," with Reedus reprising his role. Reedus' feline looks earned him favored nation status as a model for numerous high-end fashion houses, including Prada, among others.The high profile afforded by his work as a model thrust Reedus into the spotlight. Audiences largely avoided his work in indie features such as "Let the Devil Wear Black" as well as studio efforts like "Gossip."

A reunion with Del Toro on "Blade II" gave him a rare break from flops and a choice role as Scud, a young weapon builder who aided Wesley Snipes' vampire hunter in tracking down powerful, mutated bloodsuckers.He returned to minor theatrical efforts like the period gang drama "Deuces Wild" "Octane." Reedus soon settled into supporting roles in features and television, most notably in Ridley Scott's "American Gangster" as a New York police detective, and as a terrified space traveler in "Pandorum."

The year 2010 saw him working largely on television, including a recurring role on the massively popular AMC series, "Walking Dead," as a scurrilous redneck survivor of a zombie plague who risked life and limb to rescue his racist brother after being abandoned by a scouting patrol.