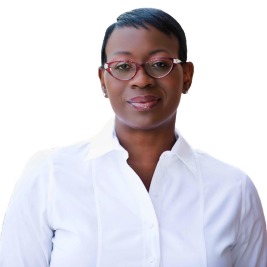 Businesses, Non-profit organizations, event planners and companies across the country have worked closely with our booking agents to hire Nina Turner for a speaking engagements, guest appearances, product endorsements and corporate events. Many of those same clients have continued to turn to our speakers bureau as we can easily align Nina Turner’s availability with their upcoming seminar, gala, annual conference, corporate function, and grand opening. Our close relationship with Nina Turner’s booking agent and management team further enables us to provide inquiring clients with Nina Turner’s speaking fee and appearance cost.

If your goal is to hire Nina Turner to be your next keynote speaker or to be the next brand ambassador our celebrity speakers bureau can assist. If Nina Turner’s booking fee is outside your companies budget or your unable to align with his appearance availability, our booking agents can provide you a list of talent that aligns with your event theme, budget and event date.

Offering a powerful narrative of overcoming adversity, Nina Turner is a captivating orator who puts political and social trends into an unparalleled perspective...
“All you need in this life to succeed are the Wishbone, Jawbone and Backbone”. -Grandma

She’s committed to advocating for progressive ideals and values, a vocation she views as bigger than political affiliation. Most recently a national surrogate for Senator Bernie Sanders (I-VT) during the turbulent 2016 Democratic presidential primaries, Nina Turner is an insightful advocate and agent for social change. Today, she serves as president of Our Revolution, an organization that Sanders created to revitalize American democracy, empower progressive leaders and elevate political consciousness.
When she served in the Ohio Senate, Turner was known as a fierce advocate, garnering recognition and praise from elected leaders across the political spectrum. She maintained an uncanny ability to both unify opposing viewpoints and challenge political leaders to live up to their highest selves. Her political experience as an elected member of the Cleveland City Council and a strategic leader of the Ohio Democratic Party afford her a unique understanding of government processes and how to overcome partisan perspectives. Outside of the political arena, Turner has decades of experience as a college professor and motivational speaker. She routinely travels across the country to inspire action and instill hope in crowds of more than 20,000.
A champion for progressive causes such as labor, women’s reproductive health, voting rights and the eradication of wealth and income inequality, Turner forms deep connections with people from all walks of life. It’s for these reasons, and many more, that she was tapped to serve as the Democratic nominee for Ohio’s Secretary of State race in 2014. Turner is recognized as a voice of truth, even when speaking the truth is unpopular. In 2011, The Nation magazine named her “Most Valuable State Senator,” and in 2014 The Root listed her as one of the top 100 most influential African-Americans in the U.S. Cleveland’s Inside Business Magazine recognized her in 2015 as one of the top 25 most powerful people in Northeast Ohio. In 2017, Politico named her to their Politico Playbook Power List of powerful powerful in politics.
In addition to her leadership at Our Revolution, Turner also serves as a founding fellow of the Sanders Institute, a group of leaders dedicated to transforming American democracy through the research, education, outreach and advancement of bold, progressive ideas and values. She has appeared on numerous national television and radio shows, such as “Meet The Press,” “The Bill Maher Show,” Comedy Central’s “The President’s Show,” “Democracy Now,” the “Rickey Smiley Morning Show,” “The Breakfast Club,” “The Bill Press Show” and the “Thom Hartmann Radio Show.” Turner is also a political commentator on CNN, appearing frequently on “The State of the Union with Jake Tapper” and “CNN Tonight with Don Lemon.”