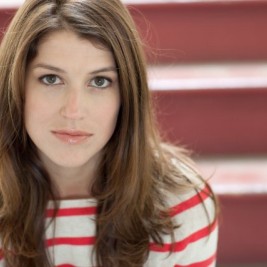 Businesses, Non-profit organizations, event planners and companies across the country have worked closely with our booking agents to hire Nicole Parker for a speaking engagements, guest appearances, product endorsements and corporate events. Many of those same clients have continued to turn to our speakers bureau as we can easily align Nicole Parker’s availability with their upcoming seminar, gala, annual conference, corporate function, and grand opening. Our close relationship with Nicole Parker’s booking agent and management team further enables us to provide inquiring clients with Nicole Parker’s speaking fee and appearance cost.

If your goal is to hire Nicole Parker to be your next keynote speaker or to be the next brand ambassador our celebrity speakers bureau can assist. If Nicole Parker’s booking fee is outside your companies budget or your unable to align with his appearance availability, our booking agents can provide you a list of talent that aligns with your event theme, budget and event date.

Parker is most notable for her membership in the recurring cast of comedians on sketch comedy series MADtv.

In her hometown of Irvine, she performed at South Coast Repertory and Laguna Playhouse. She also studied Theater and Voice at Indiana University and performed in an improv troupe called Full Frontal Comedy. After college, Parker performed at the Edinburgh Fringe Festival, the Second City in Chicago, Bloemendaal, and Groningen. In addition, Nicole and some college friends formed a theater company in New York called Waterwell Productions. Parker moved to Amsterdam for two years, where she performed in the comedy show Boom Chicago alongside MADtv alumni as well as current cast members Ike Barinholtz and Jordan Peele.

Parker joined the cast of MADtv in 2003, as a feature performer, for the ninth season. She was later promoted to a repertory performer status the following season.​