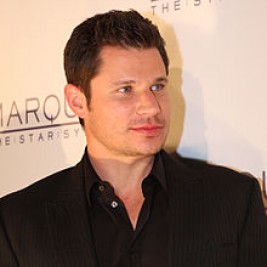 Businesses, Non-profit organizations, event planners and companies across the country have worked closely with our booking agents to hire Nick Lachey for a speaking engagements, guest appearances, product endorsements and corporate events. Many of those same clients have continued to turn to our speakers bureau as we can easily align Nick Lachey’s availability with their upcoming seminar, gala, annual conference, corporate function, and grand opening. Our close relationship with Nick Lachey’s booking agent and management team further enables us to provide inquiring clients with Nick Lachey’s speaking fee and appearance cost.

If your goal is to hire Nick Lachey to be your next keynote speaker or to be the next brand ambassador our celebrity speakers bureau can assist. If Nick Lachey’s booking fee is outside your companies budget or your unable to align with his appearance availability, our booking agents can provide you a list of talent that aligns with your event theme, budget and event date.

Nick Lachey is an American singer-songwriter, actor, producer, and television personality. Lachey rose to fame as the lead singer of the multi-platinum selling boy band 98 Degrees. He later starred in the reality television series Newlyweds: Nick and Jessica with his then-wife, Jessica Simpson. He has released four solo albums, SoulO, What's Left of Me, A Father's Lullaby and Soundtrack of My Life. He is also known for his recurring role as Leslie St. Claire on the television series Charmed.

Lachey is part owner of the Hollywood Fame, a team in the American Basketball Association that began play in fall 2006, and was part of an ownership group of the Tacoma Rainiers, the Seattle Mariners' Triple-A affiliate. Lachey is also a die-hard Cincinnati Bengals, Cincinnati Reds, and Cincinnati Bearcats fan. On April 7, 2009, Lachey threw out the ceremonial first pitch for the MLB Opening Day game in Cincinnati, Ohio. On July 9, 2011 Lachey sang the National Anthem for the inaugural NASCAR Sprint Cup Series race at Kentucky Speedway in Sparta, Kentucky.