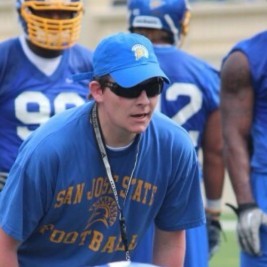 Businesses, Non-profit organizations, event planners and companies across the country have worked closely with our booking agents to hire Neil Parry for a speaking engagements, guest appearances, product endorsements and corporate events. Many of those same clients have continued to turn to our speakers bureau as we can easily align Neil Parry’s availability with their upcoming seminar, gala, annual conference, corporate function, and grand opening. Our close relationship with Neil Parry’s booking agent and management team further enables us to provide inquiring clients with Neil Parry’s speaking fee and appearance cost.

If your goal is to hire Neil Parry to be your next keynote speaker or to be the next brand ambassador our celebrity speakers bureau can assist. If Neil Parry’s booking fee is outside your companies budget or your unable to align with his appearance availability, our booking agents can provide you a list of talent that aligns with your event theme, budget and event date.

Neil Parry, one of the most inspirational football players of his generation, is in his third season as a San José State University as a graduate assistant working with the defense.

Parry has seven seasons of high school and college coaching experience. He began his career in 2007 as the defensive coordinator at Sobrato High School in Morgan Hill, Calif. After four seasons, he was a graduate assistant at UC Davis in 2011.

The Sonora, Calif., native enrolled at San José State in 1999 as a non-scholarship defensive back. His playing career was interrupted in 2000 when he suffered a compound fracture of his right leg in the October 14 game against UTEP. Nine days later, the leg was amputated 18 centimeters below the knee. More than 25 surgeries and nearly three years later, he returned as a special teams player on September 18, 2003 against Nevada.

Parry finished the 2003 season playing in eight games and was named a team captain for the second time in his career. He is only one of five San José State players to be named or elected a team captain more than once. Parry's final college football game was in the 2004 East-West Shrine All-Star Game.

As a student, he was greeted personally by United States Presidents Bill Clinton in 2000 and George W. Bush in 2003.