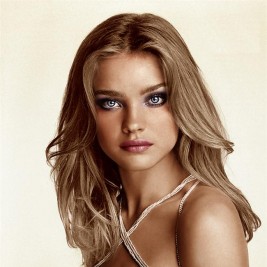 If your goal is to hire Natalia Vodianova to be your next keynote speaker or to be the next brand ambassador our celebrity speakers bureau can assist. If Natalia Vodianova’s booking fee is outside your companies budget or your unable to align with his appearance availability, our booking agents can provide you a list of talent that aligns with your event theme, budget and event date.

Natalia Vodianova, nicknamed Supernova, is a Russian model, philanthropist and occasional film actress. She is well known for her rags to riches life story and for her eight-season, seven-figure contract with Calvin Klein. In 2012, she came in third on the Forbes top-earning models list, estimated to have earned $8.6 million in one year.

Vodianova is a founder of the Naked Heart Foundation, a philanthropic organisation that strives to provide a safe and inspiring environment in which to play for every child living in urban Russia and to help support families raising kids with disabilities. She was inspired to found the charity after the Beslan tragedy. Natalia's idea was to distract children who survived with play from their psychological trauma. The organisation built its first play park in 2006 in Nizhny Novgorod. It has since built nearly 90 more including one in Beslan.