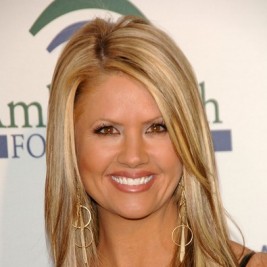 Businesses, Non-profit organizations, event planners and companies across the country have worked closely with our booking agents to hire Nancy O'Dell for a speaking engagements, guest appearances, product endorsements and corporate events. Many of those same clients have continued to turn to our speakers bureau as we can easily align Nancy O'Dell’s availability with their upcoming seminar, gala, annual conference, corporate function, and grand opening. Our close relationship with Nancy O'Dell’s booking agent and management team further enables us to provide inquiring clients with Nancy O'Dell’s speaking fee and appearance cost.

If your goal is to hire Nancy O'Dell to be your next keynote speaker or to be the next brand ambassador our celebrity speakers bureau can assist. If Nancy O'Dell’s booking fee is outside your companies budget or your unable to align with his appearance availability, our booking agents can provide you a list of talent that aligns with your event theme, budget and event date.

Nancy O'Dell is an American television host and entertainment journalist, who is the co-anchor of the syndicated entertainment news show Entertainment Tonight. She joined the show on January 3, 2011.

O'Dell appeared in minor roles in the television series Charmed (Season 1 finale and Season 5 premiere). She also portrayed herself in Scream 2 (1997), Scream 3 (2000), and Scream 4 (2011). She also served as host and consulting producer of the USA Network talent competition Nashville Star over its first two seasons.

In 2009, O'Dell hosted NBC's pre-show for the 66th Annual Golden Globes with Tiki Barber and Brooke Burke. She portrayed herself in the Hannah Montana season three episode, "Cheat It". She also appeared on the Fox sitcom Brothers, and in the same year, she and Maria Menounos guest co-hosted WWE Raw on October 12, 2009.

Until 2009, O'Dell co-hosted NBC's entertainment news show Access Hollywood with Billy Bush. On June 22, O'Dell hosted the Nashville Rising concert to provide flood relief for Nashville, Tennessee residents. She shared hosting duties with Tim McGraw and Faith Hill. As of January 3, 2011, O'Dell joined Entertainment Tonight as a special correspondent; and she replaced Mary Hart as co-anchor once Hart left the show in May 2011. An avid scrapbooker, O'Dell partnered with Creative Memories, the industry leader, in 2010 to release her first collection of scrapbooking supplies, the Hummingbird Collection, and her second book, "Full of Love: Mom-to-mom advice for enriching families with simple photo albums and scrapbooking."