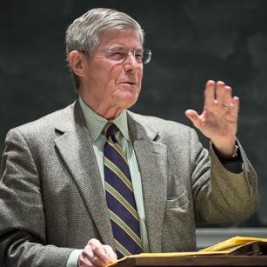 If your goal is to hire Morton Kondracke to be your next keynote speaker or to be the next brand ambassador our celebrity speakers bureau can assist. If Morton Kondracke’s booking fee is outside your companies budget or your unable to align with his appearance availability, our booking agents can provide you a list of talent that aligns with your event theme, budget and event date.

Morton Kondracke is an American political commentator and journalist. He gained great visibility via a long stint as a panelist on The McLaughlin Group. Kondracke worked for several leading publications, serving for twenty years as executive editor and columnist for the non-partisan Capitol Hill newspaper Roll Call. He was also co-host of The Beltway Boys on Fox News Channel and was a regular nightly contributor on Special Report with Brit Hume and Special Report with Bret Baier.

Kondracke was born in Chicago, Illinois, the son of Genevieve Marta (née Abrams) and Matthew Kondracke. His father was of Polish descent, while his maternal grandfather was from a Jewish family. Kondracke graduated from Joliet Township High School in 1956, and from Dartmouth College in 1960. While at Dartmouth, he majored in English and was president of The Dartmouth newspaper. After college, Kondracke joined the U.S. Army and served in Washington, DC in the Counter Intelligence Corps while pursuing graduate work at Georgetown University and working part-time for the Washington Star. After leaving the Army in 1963, Kondracke joined the staff of the Chicago Sun-Times, moving to the paper's Washington bureau in 1968, eventually working his way up to White House correspondent in 1974. In that role, he landed on the master list of Nixon political opponents.

He was a Nieman Fellow at Harvard University, 1973–1974. Kondracke left the Sun-Times in 1977 to become executive editor of The New Republic. He worked there until 1985 when he left to become Washington Bureau Chief for Newsweek magazine. In the meantime, his increased profile led to commentary positions at National Public Radio, This Week with David Brinkley and The Wall Street Journal. In 1982, he joined The McLaughlin Group as one of the original panelists, a position he held for 16 years. Moderator John McLaughlin consistently teased him by pronouncing his name "MORE-tahn", emphasizing the two syllables separately. And when guest panelist Mortimer Zuckerman appeared with Kondracke on the show as he did several times, McLaughlin would claim to be "MORT-ified". In 1984, he was a panelist for the second televised debate (on foreign policy) between President Ronald Reagan and Democratic challenger Walter Mondale. In 1991, Kondracke began serving as executive editor of Roll Call, retiring in 2011.

In October 1998, he began co-hosting his own show, The Beltway Boys, with Fred Barnes on the Fox News Channel. He was also a regular nightly contributor on Special Report with Brit Hume on the same network. Kondracke also wrote a twice-weekly column in "Roll Call" ["Pennsylvania Avenue"] that was syndicated by Newspaper Enterprise Association, part of United Media. In 2010, he became lead interviewer for the Jack Kemp Foundation's Oral History Project, conducting more than 100 interviews with teammates, colleagues, staff members and family of the late Representative, presidential and vice-presidential candidate and Secretary of Housing and Urban Development. For two academic years, he held the Jack Kemp Chair in Political Economy at the Kluge Center for Scholars at the Library of Congress, conducting research for a Kemp biography. In the 1996 sci-fi film Independence Day, Mort Kondracke appears in the beginning of the movie on the morning talk show The McLaughlin Group speaking about the ineffectual leadership of President Thomas J. Whitmore (Bill Pullman) saying, "Leadership as a pilot in the Gulf War has no relationship to political leadership. It's a different animal." He also appeared in the 1993 movie, Dave (1993).