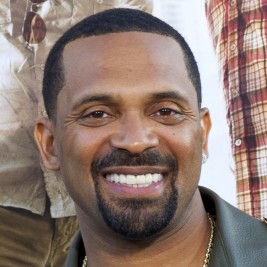 Businesses, Non-profit organizations, event planners and companies across the country have worked closely with our booking agents to hire Mike Epps for a speaking engagements, guest appearances, product endorsements and corporate events. Many of those same clients have continued to turn to our speakers bureau as we can easily align Mike Epps’s availability with their upcoming seminar, gala, annual conference, corporate function, and grand opening. Our close relationship with Mike Epps’s booking agent and management team further enables us to provide inquiring clients with Mike Epps’s speaking fee and appearance cost.

If your goal is to hire Mike Epps to be your next keynote speaker or to be the next brand ambassador our celebrity speakers bureau can assist. If Mike Epps’s booking fee is outside your companies budget or your unable to align with his appearance availability, our booking agents can provide you a list of talent that aligns with your event theme, budget and event date.

Mike Epps is an American stand-up comedian, actor, film producer, writer and rapper. He is best known for playing Day-Day Jones in Next Friday and its sequel, Friday After Next, and also appearing in The Hangover, as "Black Doug". He was the voice of Boog in Open Season 2 (the sequel to Open Season), but was replaced by Matthew J. Munn in Open Season 3. As of 2010, Epps was the executive producer on a documentary about the life story of a former member of Tupac Shakur's Outlawz, Napoleon: Life of an Outlaw. He is also known for playing L.J. in Resident Evil: Apocalypse and Resident Evil: Extinction in 2004 and 2007 respectively.

He got his start in comedy when he entered a stand-up comedy contest in an Indiana club.  His success at the club prompted him to move to Atlanta and perform at the Comedy Act Theater.  Soon after his stay in Atlanta, he made the move to New York and his career took off.

You have seen Epps on the Def Jam Comedy Tour as well as in two of HBO's Def Comedy Jam broadcasts.  He then got his start in the film industry.  Some of Epps credits include appearances in "Friday," "Next Friday," "Dr. Dolittle 2," and "How High."