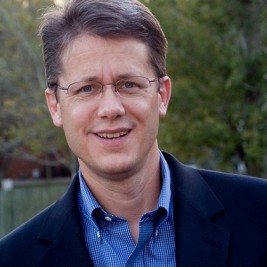 Businesses, Non-profit organizations, event planners and companies across the country have worked closely with our booking agents to hire Mike Adams for a speaking engagements, guest appearances, product endorsements and corporate events. Many of those same clients have continued to turn to our speakers bureau as we can easily align Mike Adams’s availability with their upcoming seminar, gala, annual conference, corporate function, and grand opening. Our close relationship with Mike Adams’s booking agent and management team further enables us to provide inquiring clients with Mike Adams’s speaking fee and appearance cost.

If your goal is to hire Mike Adams to be your next keynote speaker or to be the next brand ambassador our celebrity speakers bureau can assist. If Mike Adams’s booking fee is outside your companies budget or your unable to align with his appearance availability, our booking agents can provide you a list of talent that aligns with your event theme, budget and event date.

Mike S. Adams was born in Columbus, Mississippi on October 30, 1964. While a student at Clear Lake High School in Houston, TX, his team won the state 5A soccer championship. Adams graduated from C.L.H.S. in 1983 with a 1.8 GPA. He was ranked 734 among a class of 740, largely as a result of flunking English all four years of high school.

After obtaining an Associate's degree in psychology from San Jacinto College, Mike Adams moved on to Mississippi State University where he joined the Sigma Chi Fraternity. While living in the fraternity house, his GPA rose to 3.4, allowing him to finish his B.A., and then to pursue a Master's in Psychology. In 1990, Adams turned down a chance to pursue a PhD in psychology from the University of Georgia, opting instead to remain at Mississippi State to study Sociology/Criminology. This decision was made entirely on the basis of his reluctance to quit his night job as member of a musical duo. Playing music in bars and at fraternity parties and weddings financed his education. He also played for free beer.

Upon getting his doctorate in 1993, Mike Adams, then an atheist and a Democrat, was hired by UNC-Wilmington to teach in the criminal justice program. A few years later, Adams abandoned his atheism and also became a Republican. He also nearly abandoned teaching when he took a one-year leave of absence to study law at UNC-Chapel Hill in 1998.

After returning to teach at UNC-Wilmington, Mike Adams won the Faculty Member of the Year award (issued by the Office of the Dean of Students) for the second time in 2000.

After his involvement in a well publicized free speech controversy in the wake of the 911 terror attacks, Mike Adams became a vocal critic of the diversity movement in academia. He has since made appearances on shows like Hannity and Colmes, the O'Reilly Factor, and Glenn Beck. His column on TownHall.com has earned him countless hate mails - often from radical feminists who hate males.

Today he enjoys the privilege of expressing himself both as a teacher and a writer. In his spare time, he loves spending time with his wife, Krysten. He is also an avid hunter and reader of classic literature. He recently published his first book, Welcome to the Ivory Tower of Babel.