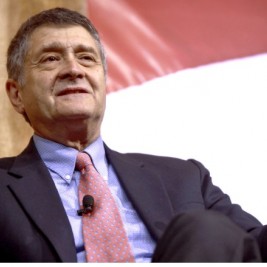 Businesses, Non-profit organizations, event planners and companies across the country have worked closely with our booking agents to hire Michael Medved for a speaking engagements, guest appearances, product endorsements and corporate events. Many of those same clients have continued to turn to our speakers bureau as we can easily align Michael Medved’s availability with their upcoming seminar, gala, annual conference, corporate function, and grand opening. Our close relationship with Michael Medved’s booking agent and management team further enables us to provide inquiring clients with Michael Medved’s speaking fee and appearance cost.

If your goal is to hire Michael Medved to be your next keynote speaker or to be the next brand ambassador our celebrity speakers bureau can assist. If Michael Medved’s booking fee is outside your companies budget or your unable to align with his appearance availability, our booking agents can provide you a list of talent that aligns with your event theme, budget and event date.

After writing more than 40 articles for the book The People's Almanac, Medved wrote What Really Happened to the Class of '65?, with David Wallechinsky. Focusing on the post-graduation lives of 30 of Medved's Palisades High School classmates who were featured in a 1965 cover story in Time, the book became a bestseller in 1976. The book also became the basis for a weekly television series on NBC that ran for 13 weeks in 1978. Medved then wrote The Shadow Presidents: The Secret History of the Chief Executives and Their Top Aides (1979), a study of the leading White House assistants since the establishment of the presidential staff in 1857. The book included interviews with the chiefs of staff of presidents Truman, Eisenhower, Kennedy, Johnson, Nixon, and Ford. After the interviews, Medved continued his involvement in politics, befriending Ford's chief of staff, Dick Cheney, affiliating himself with the Republican Party, and campaigning for Ronald Reagan in 1980. In 1984, Medved wrote Hospital: The Hidden Lives of a Medical Center Staff, which was discussed in Time, on ABC's Nightline, and Good Morning America. The book focused on 30 staff people who worked together in a California teaching hospital.

Medved helped revitalize the Pacific Jewish Center, an Orthodox synagogue in Venice, California, with his friend and teacher, Rabbi Daniel Lapin. For fifteen years, Medved served as president of PJC, which states that its mission is outreach to unaffiliated and disconnected Jews. In his book Right Turns: Unconventional Lessons from a Controversial Life, he states that his commitment to religion led to his conservative political outlook. He is a baal teshuva (returnee to Orthodox Judaism).