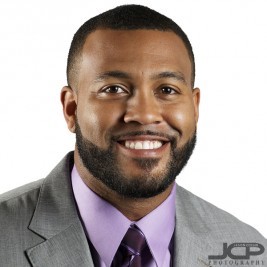 If your goal is to hire Michael Clayton to be your next keynote speaker or to be the next brand ambassador our celebrity speakers bureau can assist. If Michael Clayton’s booking fee is outside your companies budget or your unable to align with his appearance availability, our booking agents can provide you a list of talent that aligns with your event theme, budget and event date.

Michael Clayton is a former American football wide receiver in the National Football League. He was drafted by the Tampa Bay Buccaneers 15th overall in the 2004 NFL Draft. He played college football at LSU.

On November 23, 2010, Clayton signed a one-year contract with the New York Giants following injuries to Giants receivers Steve Smith, Hakeem Nicks and Ramses Barden. The move also reunited Clayton with Giants quarterback Eli Manning with whom he shared a dorm during the NFL combine in 2004. On September 3, 2011 Clayton was cut by the Giants. On September 23, the Giants re-signed Clayton after placing Domenik Hixon on injured reserve. He became a free agent after the season.