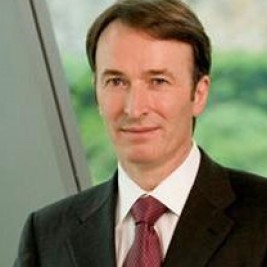 Businesses, Non-profit organizations, event planners and companies across the country have worked closely with our booking agents to hire Michael Birkin for a speaking engagements, guest appearances, product endorsements and corporate events. Many of those same clients have continued to turn to our speakers bureau as we can easily align Michael Birkin’s availability with their upcoming seminar, gala, annual conference, corporate function, and grand opening. Our close relationship with Michael Birkin’s booking agent and management team further enables us to provide inquiring clients with Michael Birkin’s speaking fee and appearance cost.

If your goal is to hire Michael Birkin to be your next keynote speaker or to be the next brand ambassador our celebrity speakers bureau can assist. If Michael Birkin’s booking fee is outside your companies budget or your unable to align with his appearance availability, our booking agents can provide you a list of talent that aligns with your event theme, budget and event date.

Michael Birkin is an English global marketing executive, notable for his role in developing the concept of brand valuation as well as for his involvement in global marketing operations. He began his career at Interbrand in 1987, later working at Omnicom Group and Acer Inc. He founded his own marketing services company, Red Peak Group, in 2010. He currently serves as CEO of kyu, a strategic operating unit of Hakuhodo Holdings.

In December 1993, Omnicom Group's Diversified Agency Services (DAS) acquired Interbrand, and Birkin joined Omnicom. At Omnicom, he quickly rose up through the organization, becoming European managing director of DAS in 1995, followed by international president of DAS in 1997, and worldwide president of DAS in 1999. In 2005, Birkin took on the role of president and CEO of Asia Pacific for Omnicom. His role in Asia was focused on helping Omnicom's agencies capitalize on potential opportunities in the region. In particular, he worked to promote Omnicom's services within Asia, which was the company's fastest growing market in 2005. Birkin's final roles at Omnicom were vice chairman of Omnicom Group and CEO of Omnicom Asia-Pacific, which he held simultaneously. In 2009, he stepped down from both roles to pursue other opportunities.