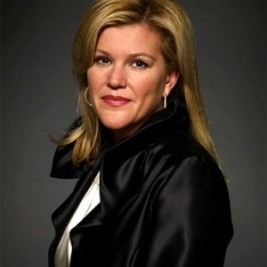 If your goal is to hire Meredith Whitney to be your next keynote speaker or to be the next brand ambassador our celebrity speakers bureau can assist. If Meredith Whitney’s booking fee is outside your companies budget or your unable to align with his appearance availability, our booking agents can provide you a list of talent that aligns with your event theme, budget and event date.

Meredith Whitney is an American financial analyst. She is best known for successfully forecasting the difficulties of Citigroup and other major banks during the financial crisis of 2007–2008, and then for predicting in 2010 the still-unrealized default of US municipal bonds totaling hundreds of billions of dollars.

Whitney grew up in Bethesda, Maryland. She graduated from Madeira School in 1987 before attending a post-graduate year at Lawrenceville School, becoming a member of its first co-ed graduating class. She graduated with honors from Brown University in 1992 with a B.A. in History.

Whitney joined Oppenheimer Holdings in 1993 as a Director, and in 1995 she joined the company's Specialty Finance Group. In 1998, she left Oppenheimer to become an Executive Director at Wachovia. Whitney returned to Oppenheimer in 2004, where she researched banks and brokers as a Managing Director. She resigned from Oppenheimer on February 19, 2009 to establish her own firm, Meredith Whitney Advisory Group, where she produced company-specific equity research on financial institutions and analyzed the sector's operating environment.

In 2013, Whitney de-registered MWAG and started her own hedge fund, Kenbelle Capital LP, which soon encountered significant difficulties. Kenbelle's investments underperformed, senior staff members resigned, and majority investor BlueCrest Capital Management sued for the return of its $46 million investment. In May 2015, Whitney resolved the lawsuit, shut the fund, and did not plan to return to professional money management.

In December 2015, she joined Bermudan insurer Arch Capital Group as a manager overseeing outside investment firms.