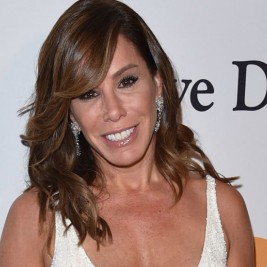 Businesses, Non-profit organizations, event planners and companies across the country have worked closely with our booking agents to hire Melissa Rivers for a speaking engagements, guest appearances, product endorsements and corporate events. Many of those same clients have continued to turn to our speakers bureau as we can easily align Melissa Rivers’s availability with their upcoming seminar, gala, annual conference, corporate function, and grand opening. Our close relationship with Melissa Rivers’s booking agent and management team further enables us to provide inquiring clients with Melissa Rivers’s speaking fee and appearance cost.

If your goal is to hire Melissa Rivers to be your next keynote speaker or to be the next brand ambassador our celebrity speakers bureau can assist. If Melissa Rivers’s booking fee is outside your companies budget or your unable to align with his appearance availability, our booking agents can provide you a list of talent that aligns with your event theme, budget and event date.

Melissa Rivers was born on January 20, 1968 and is an American actress, television host and producer, equestrienne and philanthropist.

Teamed with and arranged by her better-known comedienne mother, Joan Rivers, Melissa hosted fashion on the red carpet interviews for the E! cable network. In 2003, Melissa, along with her mother, left her red carpet pre-show on E! to accept a more lucrative deal with the TV Guide Channel valued between 6-8 million. At the end of her contract with the TV Guide Channel the Rivers duo mutually decided with the network to split ways and pursue other ventures.

She and her mother played themselves in the television movie Tears and Laughter: The Joan and Melissa Rivers story (1994), which deals with them coping with her father's suicide.

Melissa is also a regular guest on the webcast show Tom Green Live.

On June 24 2008, Melissa appeared on NBC's show Celebrity Family Feud as the Rivers Family Team. She and her mother first battled against the Ice-T Family Team, then went on to compete against the Raven Symone Family Team. They won $50,000 for their charity, Guide Dogs For The Blind.

In 2013, she was a co-creator and co-producer of Joan's YouTube web series In Bed With Joan, a 15- to 30-minute show with a new video uploaded weekly in which Joan interviews a celebrity about a wide variety of personal topics in Joan's bed, with Melissa conducting interview questions for the last several minutes. Featured videos that have garnered the most views feature comediennes Kathy Griffin, Sarah Silverman, and Margaret Cho, television personalities Kelly Osbourne and RuPaul, as well as Youtubers Jenna Mourey (Jenna "Marbles"), Grace Helbig ("itsgrace") and Justine Ezarik ("iJustine"). Other guests include Russell Peters, Gary Busey, Rob Delaney, Gabriel Iglesias, Carmen Electra, Lance Bass, Howie Mandel, Chris Hardwick, Bill Engvall, Tom Green, Penn Jillette, Aisha Tyler, Anthony Jeselnik, Nick Kroll and T.J. Miller. Additionally in 2013, Melissa and her mother, Joan Rivers, were honored by the Ride of Fame and a double decker tour bus was dedicated to them.

In June 2015, it was announced that Fashion Police would return on August 31, 2015 and would feature Melissa Rivers as a new co-host.