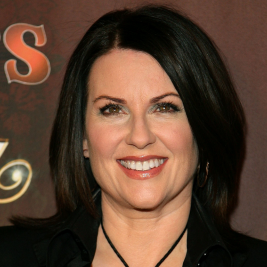 Businesses, Non-profit organizations, event planners and companies across the country have worked closely with our booking agents to hire Megan Mullally for a speaking engagements, guest appearances, product endorsements and corporate events. Many of those same clients have continued to turn to our speakers bureau as we can easily align Megan Mullally’s availability with their upcoming seminar, gala, annual conference, corporate function, and grand opening. Our close relationship with Megan Mullally’s booking agent and management team further enables us to provide inquiring clients with Megan Mullally’s speaking fee and appearance cost.

If your goal is to hire Megan Mullally to be your next keynote speaker or to be the next brand ambassador our celebrity speakers bureau can assist. If Megan Mullally’s booking fee is outside your companies budget or your unable to align with his appearance availability, our booking agents can provide you a list of talent that aligns with your event theme, budget and event date.

Megan Mullally is an American actress and singer.

After working in theatre in Chicago, Mullally moved to Los Angeles in 1985 and began to appear in supporting roles in film and television productions. She made her Broadway debut in Grease in 1994 and has since appeared in several Broadway musicals. She is best known for playing the wealthy, alcoholic socialite Karen Walker on the Emmy Award-winning TV sitcom Will & Grace from 1998-2006. From 2006 until early 2007, Mullally hosted the short-lived talk show The Megan Mullally Show. She has since appeared in guest-starring roles in television programs such as Parks and Recreation, Happy Endings, 30 Rock, Up All Night, Boston Legal, and a GLAAD Award-winning episode of The New Adventures of Old Christine. In 2010, Mullally starred as Lydia in the second season of Party Down. She also currently co-stars as Chief on Adult Swim's Emmy Award-winning Childrens Hospital, and has recurred as Tammy Swanson on NBC's Parks and Recreation (playing her real-life husband, Nick Offerman's, ex-wife), Dana Hartz on ABC's Happy Endings, and Aunt Gayle on the FOX animated comedy Bob's Burgers.

Mullally received seven consecutive Emmy Award nominations for "Outstanding Supporting Actress in a Comedy Series" for her role on Will & Grace, winning twice in 2000 and 2006, giving her more nominations and more wins than any other character on the show. She also received seven consecutive Screen Actors Guild Awards nominations for Outstanding Performance by a Female Actor in a Comedy Series, winning three times in 2001, 2002 and 2003, and was nominated for four Golden Globe awards for the same role.