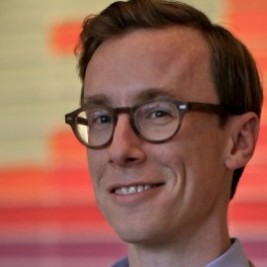 Businesses, Non-profit organizations, event planners and companies across the country have worked closely with our booking agents to hire Matt Katz for a speaking engagements, guest appearances, product endorsements and corporate events. Many of those same clients have continued to turn to our speakers bureau as we can easily align Matt Katz’s availability with their upcoming seminar, gala, annual conference, corporate function, and grand opening. Our close relationship with Matt Katz’s booking agent and management team further enables us to provide inquiring clients with Matt Katz’s speaking fee and appearance cost.

If your goal is to hire Matt Katz to be your next keynote speaker or to be the next brand ambassador our celebrity speakers bureau can assist. If Matt Katz’s booking fee is outside your companies budget or your unable to align with his appearance availability, our booking agents can provide you a list of talent that aligns with your event theme, budget and event date.

In 2015 Matt Katz and a team from WNYC won a Peabody Award for their coverage of Christie and the Bridgegate scandal. The series of stories -- "Chris Christie, White House Ambitions and the Abuse of Power" -- was WNYC's first Peabody for news coverage since 1944, when the station won for Mayor Fiorello LaGuardia’s weekly addresses to New York City.

In January 2016, Matt's biography of Christie -- American Governor: Chris Christie's Bridge to Redemption -- will be published by Simon & Schuster's Threshold Editions. Matt has written about Christie for The New Republic, The Washington Post and POLITICO magazine. Prior to moving to the Statehouse in Trenton he spent time in Afghanistan, writing a series on reconstruction efforts that won the Livingston Award for International Reporting for journalists under the age of 35. In 2009 his four-part investigation about Camden set the stage for an end to the state’s takeover of city government.

Born in the Bronx and raised in Queens and Long Island, Matt has nonetheless covered New Jersey -- beginning with school boards and planning boards in Christie's own Morris County -- since 2000.

His 4-year-old daughter, Sadie Belle, thinks it's hilarious when his voice comes on over the radio. His son, baby Reuben Morris, listens to a lot of WNYC.