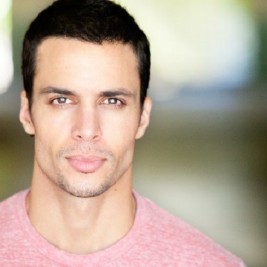 Businesses, Non-profit organizations, event planners and companies across the country have worked closely with our booking agents to hire Matt Cedeno for a speaking engagements, guest appearances, product endorsements and corporate events. Many of those same clients have continued to turn to our speakers bureau as we can easily align Matt Cedeno’s availability with their upcoming seminar, gala, annual conference, corporate function, and grand opening. Our close relationship with Matt Cedeno’s booking agent and management team further enables us to provide inquiring clients with Matt Cedeno’s speaking fee and appearance cost.

If your goal is to hire Matt Cedeno to be your next keynote speaker or to be the next brand ambassador our celebrity speakers bureau can assist. If Matt Cedeno’s booking fee is outside your companies budget or your unable to align with his appearance availability, our booking agents can provide you a list of talent that aligns with your event theme, budget and event date.

Matt Cedeño is an American television actor and former male fashion model, best known for his roles as Brandon Walker on the NBC daytime soap opera Days of Our Lives, and as Alejandro Rubio in the Lifetime primetime comedy-drama Devious Maids.

Cedeño is known for his role as Brandon Walker on the NBC daytime soap opera Days of Our Lives from 1999 to 2005. He has been nominated three years in a row for an ALMA award as Outstanding Actor in a Daytime Drama for his work as Brandon Walker on NBC's Days of our Lives. He played a young boxer in the 2000 feature film Price of Glory. He guest-starred on Boy Meets World, CSI: Miami, It's Always Sunny in Philadelphia, and The Mentalist.

Cedeño appeared on the one hundredth episode of ABC comedy-drama series Desperate Housewives as Umberto Rothwell, the gay husband of Edie Britt. In 2013, he had a reoccurring role in the Lifetime comedy-drama Devious Maids during season 1 and part of season 2, playing another gay character called Alejandro Rubio.