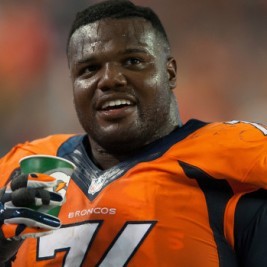 Businesses, Non-profit organizations, event planners and companies across the country have worked closely with our booking agents to hire Marvin Austin for a speaking engagements, guest appearances, product endorsements and corporate events. Many of those same clients have continued to turn to our speakers bureau as we can easily align Marvin Austin’s availability with their upcoming seminar, gala, annual conference, corporate function, and grand opening. Our close relationship with Marvin Austin’s booking agent and management team further enables us to provide inquiring clients with Marvin Austin’s speaking fee and appearance cost.

If your goal is to hire Marvin Austin to be your next keynote speaker or to be the next brand ambassador our celebrity speakers bureau can assist. If Marvin Austin’s booking fee is outside your companies budget or your unable to align with his appearance availability, our booking agents can provide you a list of talent that aligns with your event theme, budget and event date.

Marvin Austin is an American football defensive end for the Denver Broncos of the National Football League . He was drafted by the New York Giants in the second round of the 2011 NFL Draft. He played college football at North Carolina.

Regarded as a five-star recruit by Rivals.com, Austin was ranked as the No. 1 defensive tackle in the class of 2007, which also included Brian Price, Drake Nevis, and Star Lotulelei. Austin was ranked third overall in the country in Scout.com's final rankings, behind only Everson Griffen and Joe McKnight. He was recruited by numerous top programs around the country including Florida State, Southern California, and Tennessee. On National Signing Day 2007, Austin committed to play his collegiate ball at the North Carolina.

Austin receiving his nomination for the 2007 U.S. Army All-American Bowl in September 2006. In his true freshman year at North Carolina, Austin played in all 12 season games and started in three. He finished the season with 26 tackles, 6.0 tackles for losses, and 4.0 sacks. In 2008, Austin played in 13 games and started 11. He tied with E.J. Wilson for most tackles by a Carolina defensive lineman with 38, had 1.5 tackles for loss, 1 sack, 1 interception (returned for touchdown), and 1 blocked kick. He had three tackles, assisted on a tackle for loss and had one quarterback pressure in the win over Notre Dame, and earned coaches "player of the game" honors for his performance. In his junior season Austin was selected second-team All-ACC. For the season, Austin finished with 42 tackles, 6.0 tackles for losses, four sacks, three pass breakups, six quarterback pressures, one forced fumble and a fumble recovery. After an excellent junior season, Austin was viewed as a potential top-10 draft pick. However, before he could build on his draft stock, he was suspended along with 13 other North Carolina players for receiving improper benefits. Austin along with Tar Heels pass rusher Robert Quinn, receiver Greg Little and three others were suspended the entire 2010 season. North Carolina still had enough talent to finish 8-5 and beat Tennessee in the Music City Bowl.

In the 2011 NFL Draft Austin was selected 52nd overall by the New York Giants. Giants general manager Jerry Reese stated he consulted Austin's teammate at UNC Hakeem Nicks prior to the selection. Austin said Nicks was the first person to call him after he was drafted. Prior to the draft Austin was heavily scouted by the Chicago Bears. Bears coach Lovie Smith and defensive coordinator Rod Marinelli visited Austin and "spent a goodly amount of time with him."

Austin saw his first appearance come in the Giants' second game of the 2012 NFL season, when the Giants played the Tampa Bay Buccaneers.

On October 21, 2013 he was signed by the Dallas Cowboys. He made his Cowboys debut in the 30–31 loss to the Detroit Lions in week 8, registering one tackle. Due to a back injury inflicted during practice, Austin missed the Cowboys' next game against the Minnesota Vikings, and was cut two days later, on November 5, 2013.