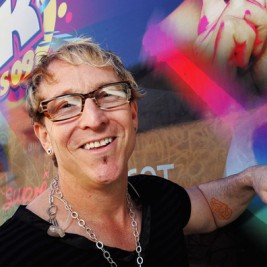 Businesses, Non-profit organizations, event planners and companies across the country have worked closely with our booking agents to hire Mark Schulman for a speaking engagements, guest appearances, product endorsements and corporate events. Many of those same clients have continued to turn to our speakers bureau as we can easily align Mark Schulman’s availability with their upcoming seminar, gala, annual conference, corporate function, and grand opening. Our close relationship with Mark Schulman’s booking agent and management team further enables us to provide inquiring clients with Mark Schulman’s speaking fee and appearance cost.

If your goal is to hire Mark Schulman to be your next keynote speaker or to be the next brand ambassador our celebrity speakers bureau can assist. If Mark Schulman’s booking fee is outside your companies budget or your unable to align with his appearance availability, our booking agents can provide you a list of talent that aligns with your event theme, budget and event date.

Mark Schulman, a first call on-stage drummer to Rock's royalty, is also an educator, motivational speaker, mentor, advocate for at-risk youth and a cancer survivor. Born and raised in Los Angeles, Mark Schulman became interested in pursuing music at age 3, when he witnessed the phenomenon of Beatlemania.

Mr. Schulman has parlayed that desire into a successful and multi-faceted career. His touring, session and recording resume reads like a "Who's Who" of music, including acts as diverse as Sheryl Crow, Destiny’s Child, Billy Idol, Foreigner, Pink, Al Green and Cher. Mark Schulman is the recipient of numerous Gold and Platinum discs. He has appeared on television and variety shows in the US, UK, France, Germany, Italy, Japan and Denmark.

Beyond his life's calling as a drummer, Mark Schulman is also a classically trained cellist. As a teen, he played with the esteemed Los Angeles Junior Philharmonic. Schulman is also a trained audio engineer and an active educator, teaching at an L.A. Music academy whenever possible. As one of the World’s most sought after drum clinicians, Mark Schulman hosts clinics in countries around the World including the renown Musician’s Institute in L.A.

Music is not Mark Schulman's only driving force. As Chairman of the Board of Directors of a non-profit organization founded in 1996, Schulman is committed to helping motivate today’s youth and to aid troubled children in turning their lives around through creative arts mentoring. Having survived a bout with testicular cancer while his former wife was also undergoing cancer treatment, Mark Schulman is now co-founding a foundation to raise awareness in the male community.

Schulman's love for inspiring others is shared through his private sector and educational facility oriented speaking events and his signature Drumming Recording Seminars. Mark Schulman also wears the hats of host, emcee and keynote speaker, appearing on television, at live events and major corporate conventions.