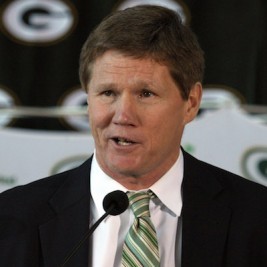 Businesses, Non-profit organizations, event planners and companies across the country have worked closely with our booking agents to hire Mark Murphy for a speaking engagements, guest appearances, product endorsements and corporate events. Many of those same clients have continued to turn to our speakers bureau as we can easily align Mark Murphy’s availability with their upcoming seminar, gala, annual conference, corporate function, and grand opening. Our close relationship with Mark Murphy’s booking agent and management team further enables us to provide inquiring clients with Mark Murphy’s speaking fee and appearance cost.

If your goal is to hire Mark Murphy to be your next keynote speaker or to be the next brand ambassador our celebrity speakers bureau can assist. If Mark Murphy’s booking fee is outside your companies budget or your unable to align with his appearance availability, our booking agents can provide you a list of talent that aligns with your event theme, budget and event date.

Mark Hodge Murphy was born July 13, 1955 and is the current President & Chief Executive Officer of the Green Bay Packers, an American Football franchise competing in the National Football League. Prior to that, he was the athletic director at Northwestern University and Colgate University. He also enjoyed a successful playing career in the NFL as a safety for the Washington Redskins for eight seasons from 1977 to 1984. Murphy played college football at Colgate University where he was also a member of the Theta Chi Fraternity, before his NFL career and while playing for the Redskins he obtained an MBA from American University's Kogod School of Business in 1983. Murphy graduated with a law degree from the Georgetown University Law Center in 1988. Murphy played in Super Bowl XVII and Super Bowl XVIII with the Washington Redskins. He played a key role in the Redskins 27–17 Super Bowl XVII win over the Miami Dolphins, recording a second half interception of Miami quarterback David Woodley's pass with the Dolphins on Washington's 37-yard line. Murphy's best season was in 1983, when he led the NFL with nine interceptions and returned them for 127 yards. He finished his eight season career with 27 interceptions and 282 return yards, along with six fumble recoveries for 22 returns yards, in 109 games. He also made the Pro Bowl in 1982 and 1983. Murphy was the Redskins representative to the NFL Players Association. He played a visible role in the players' strike that caused the cancellation of seven games during the 1982 season. He suspected that the Redskins' decision to release him after the 1983 season and the reluctance of any other team to sign him was retribution for his union activity.