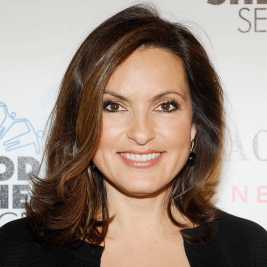 If your goal is to hire Mariska Hargitay to be your next keynote speaker or to be the next brand ambassador our celebrity speakers bureau can assist. If Mariska Hargitay’s booking fee is outside your companies budget or your unable to align with his appearance availability, our booking agents can provide you a list of talent that aligns with your event theme, budget and event date.

Hargitay had a recurring role during the fourth season of ER, which lasted over a dozen episodes.  From 1999-2000 Mariska Hargitay earned nominations from the TV Guide Awards for Favorite Actress in a New Series, Best Actress from the Viewers for Quality Television, and from the International Press Academy for Best Performance by an Actress in a Drama Series.  Mariska was also a 2004 and 2005 Screen Actors Guild nominee.

From 2004-2006 her role as Detective Benson on "Law and Order: Special Victims Unit" earned her Emmy nominations in the category of Outstanding Lead Actress in a Drama Series.

In 2005, she won Golden Globe for Best Actress in a Drama Series.  Mariska Hargitay was named by People magazine as one of the World's 50 Most Beautiful People in 2005 and 2006.

Mariska co-founded "The Joyful Heart Foundation" to help women who have been sexually assaulted. The charity gives victims an opportunity to swim with dolphins in Hawaii as therapy.

She is also a certified rape crisis counselor.