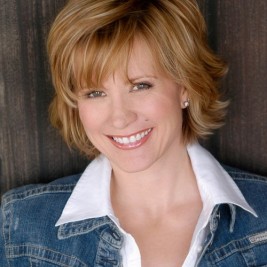 Businesses, Non-profit organizations, event planners and companies across the country have worked closely with our booking agents to hire Marianne Curan for a speaking engagements, guest appearances, product endorsements and corporate events. Many of those same clients have continued to turn to our speakers bureau as we can easily align Marianne Curan’s availability with their upcoming seminar, gala, annual conference, corporate function, and grand opening. Our close relationship with Marianne Curan’s booking agent and management team further enables us to provide inquiring clients with Marianne Curan’s speaking fee and appearance cost.

If your goal is to hire Marianne Curan to be your next keynote speaker or to be the next brand ambassador our celebrity speakers bureau can assist. If Marianne Curan’s booking fee is outside your companies budget or your unable to align with his appearance availability, our booking agents can provide you a list of talent that aligns with your event theme, budget and event date.

Marianne Curan is an American actress, television personality and comedian. She most recently hosted GSN Radio with husband Bob Goen. In the mid-1990s, she hosted some of the first live interactive game shows on Game Show Network, including Super Decades, Trivia Track, Prime Games and When Did That Happen?. Curan was a guest host on Live with Regis and Kathie Lee and, when Kathie Lee Gifford left the program in 2000 Curan was considered for the permanent co-host role that Kelly Ripa ultimately claimed. Later in its run, she hosted PAX TV's live daytime talk show Great Day America with Food Network personality Marc Summers. In 2002, Curan hosted Landscapers' Challenge for Home & Garden Television. She hosted interstitial segments with Jordan Murphy for USA Network's Before & After'noon Movies in 2003. Curan is also an accomplished celebrity impersonator. Her imitations of political figures Hillary Rodham Clinton and Sarah Palin gained her recurring roles in sketches on The Tonight Show with Jay Leno in the late 2000s. Her most prominent imitation is that of Martha Stewart, garnering her roles on The Tonight Show, as well as the 2006 film National Lampoon's Totally Baked: A Potumentary and Frank Caliendo's sketch comedy program Frank TV. Curan has worked with The Groundlings and was part in the Washington, D.C.-area political comedy troupe Gross National Product for years. With friends Wendy Kamenoff and Lori Alan, she created and starred in The Hungry and Horny Show, which ran in Los Angeles in the spring and summer of 2007. Curan has had bit parts in episodes of the television programs Big Love and Malcolm in the Middle.