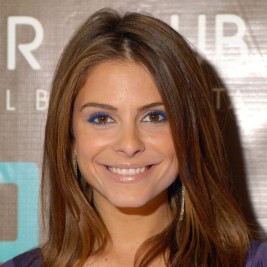 Businesses, Non-profit organizations, event planners and companies across the country have worked closely with our booking agents to hire Maria Menounos for a speaking engagements, guest appearances, product endorsements and corporate events. Many of those same clients have continued to turn to our speakers bureau as we can easily align Maria Menounos’s availability with their upcoming seminar, gala, annual conference, corporate function, and grand opening. Our close relationship with Maria Menounos’s booking agent and management team further enables us to provide inquiring clients with Maria Menounos’s speaking fee and appearance cost.

If your goal is to hire Maria Menounos to be your next keynote speaker or to be the next brand ambassador our celebrity speakers bureau can assist. If Maria Menounos’s booking fee is outside your companies budget or your unable to align with his appearance availability, our booking agents can provide you a list of talent that aligns with your event theme, budget and event date.

Maria Menounos was born June 8, 1978 and is an American actress, journalist, and television presenter known at home for her appearances as a correspondent for The Today Show and Access Hollywood, and abroad for Lal Kostas co-hosting the Eurovision Song Contest 2006 in Athens, Greece.

Menounos is a correspondent for The Today Show as well as Access Hollywood in an overall deal with NBC Universal to act in films and television shows. She also has recurring roles on CBS' Without a Trace and as Jules in the second season of The CW's One Tree Hill.

In 2006, Menounos appeared in the music video for "A Public Affair" by Jessica Simpson. In April 27, 2007, Maria starred in Kickin' It Old Skool. In 2007, Menounos continued in her run as international spokesperson doing print and television commercials for Pantene hair products as well as print ads for New York & Company.

In 2008, she became the host of "Hollywood Green" on the "Planet Green" network. "Maria Menounos brings glamour to green living as the hostess of Hollywood Green. Both as the special correspondent for daily entertainment newsmagazine "Access Hollywood," and on Hollywood Green, Maria provides TV viewers with comprehensive coverage of entertainment and news personalities."

She aso has the distinction of being the first journalist to interview the entire Obama family as a whole.

Menounos founded the charity "Take Action Hollywood!" after her trip to South Africa. Reporting on the devastating effects of the AIDS crisis she was inspired to create TAH!, a charity that utilizes the power of the entertainment industry and the medium of film to affect for positive social change. Maria also created the Cosmo Girl Cup, a national, annual competition and award given to the group of teens who do the most in their communities to affect for positive social change. Menounos presented at the Earth Day Network's Climate Rally in Washington, DC on April 25, 2010. She encouraged people to go green and threw carrots into the crowd. Menounos acted as the Masters of Ceremony for the First Annual Los Angeles CureSearch Walk for Children's Cancer held at the Rose Bowl in Pasadena, California on October 24, 2010.