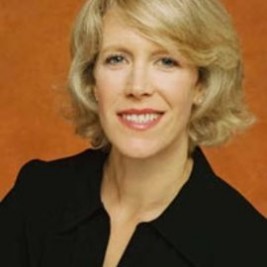 If your goal is to hire Leslie Morgan Steiner to be your next keynote speaker or to be the next brand ambassador our celebrity speakers bureau can assist. If Leslie Morgan Steiner’s booking fee is outside your companies budget or your unable to align with his appearance availability, our booking agents can provide you a list of talent that aligns with your event theme, budget and event date.

Leslie Morgan Steiner lives in Washington, DC with her husband and three young children. She recently completed her third nonfiction book, "The Baby Chase," which explores the ways surrogate pregnancies are changing the face of the American family and expanding what it means to be a mother today. "The Baby Chase" was released in November 2013.

Her 2009 memoir about surviving domestic violence, "Crazy Love," was a New York Times bestseller, People Pick, Book of the Week for The Week magazine, and subject of the first TED Talk by a domestic violence survivor.

She is the editor of the critically-acclaimed anthology "Mommy Wars: Stay-at-Home and Career Moms Face Off on Their Choices, Their Lives, Their Families" (Random House 2006) a frank, surprising, and refreshing look at American motherhood from 26 different perspectives.

From 2006-2008 she wrote over 500 columns for the Washington Post’s popular daily on-line work/family column, “On Balance.”

Steiner has been a guest on the "Today Show," National Public Radio, ABC, NBC, CBS, Fox News, MSNBC, and has been profiled by Newsweek, BusinessWeek, Elle, Parenting, Parents, Self, Glamour, Vanity Fair, The New York Times, The Los Angeles Times and The Washington Post.

Steiner holds a BA in English from Harvard College.

Her writing was first published in Seventeen Magazine when she was 21. As a writer and editor at Seventeen, she explored subjects ranging from eating disorders to teen runaways to family relationships. She went on to contribute to Mademoiselle, Money Magazine, and other magazines, and to work as a restaurant critic and feature writer for New England Monthly. Her essay “Starving for Perfection” appeared in the anthology The College Reader (Harper Collins).

In addition to years as a nonfiction magazine writer and editor, Steiner has an MBA degree in marketing from the Wharton School of Business.After graduating from Wharton in 1992 with an MBA in Marketing, she launched Splenda Brand Sweetener throughout Australia, the Mid-East and Latin America for Johnson & Johnson, the world’s largest consumer healthcare company.

She returned to her hometown of Washington, DC in 2001 to become General Manager of the 1.1 million circulation Washington Post Magazine, a position she held for five years.

Over the years, she has turned her professional experience into advocacy for abused women as a spokeswoman at The Harriet Tubman Center in Minneapolis.