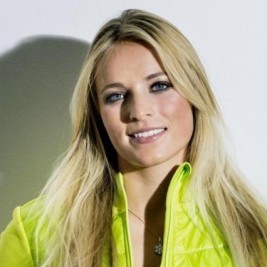 Businesses, Non-profit organizations, event planners and companies across the country have worked closely with our booking agents to hire Lara Gut for a speaking engagements, guest appearances, product endorsements and corporate events. Many of those same clients have continued to turn to our speakers bureau as we can easily align Lara Gut’s availability with their upcoming seminar, gala, annual conference, corporate function, and grand opening. Our close relationship with Lara Gut’s booking agent and management team further enables us to provide inquiring clients with Lara Gut’s speaking fee and appearance cost.

If your goal is to hire Lara Gut to be your next keynote speaker or to be the next brand ambassador our celebrity speakers bureau can assist. If Lara Gut’s booking fee is outside your companies budget or your unable to align with his appearance availability, our booking agents can provide you a list of talent that aligns with your event theme, budget and event date.

Lara Gut was born April 27, 1991, in Sorengo, Ticino, Switzerland and is a World Cup alpine ski racer, specializing in downhill and Super-G.

In December 2006, at age 15, Gut participated in her first FIS races. At the Alpine Youth World Championship 2007 at Altenmarkt, Austria, she won silver in downhill. In the same year, she became Swiss national champion in Super-G, the second youngest champion of all time. In the 2007 season, Gut finished 2nd in the downhill standings of the Europa Cup.

On December 28, 2007, Gut made her World Cup debut in a giant slalom at Lienz, Austria. In January 2008, at Caspoggio, Gut won four consecutive Europa Cup races. On February 2, 2008, at her first World Cup downhill race, Gut made the podium at third place at St. Moritz, despite falling on the finishing pitch and sliding on her back through the finish line. She finished only .35 seconds off of the winner. Gut followed her World Cup speed debut with a fifth place finish in the Super-G the next day.

At the 2009 World Championships at Val d'Isère, France, Gut won silver medals in the Downhill and the super combined, achieved more than two months before her 18th birthday.

On September 29, 2009 while training in Saas Fee, Switzerland for the upcoming start of the World Cup season in October, Gut fell and dislocated her hip. She was transported by helicopter to a hospital in Visp, where it was reset. The Swiss Ski Federation reported that she would be out of competition for at least a month.