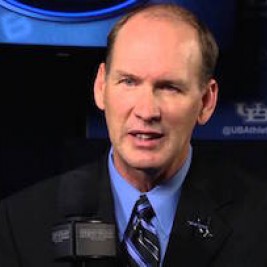 Businesses, Non-profit organizations, event planners and companies across the country have worked closely with our booking agents to hire Lance Leipold for a speaking engagements, guest appearances, product endorsements and corporate events. Many of those same clients have continued to turn to our speakers bureau as we can easily align Lance Leipold’s availability with their upcoming seminar, gala, annual conference, corporate function, and grand opening. Our close relationship with Lance Leipold’s booking agent and management team further enables us to provide inquiring clients with Lance Leipold’s speaking fee and appearance cost.

If your goal is to hire Lance Leipold to be your next keynote speaker or to be the next brand ambassador our celebrity speakers bureau can assist. If Lance Leipold’s booking fee is outside your companies budget or your unable to align with his appearance availability, our booking agents can provide you a list of talent that aligns with your event theme, budget and event date.

Lance Leipold was born May 6, 1964 and is an American football coach and former player. He is currently the head football coach at the University at Buffalo, following eight seasons at the University of Wisconsin–Whitewater (UWW). During his tenure at UWW, the Wisconsin–Whitewater Warhawks won the NCAA Division III National Football Championship in 2007, 2009, 2010, 2011, 2013, and 2014 and were runners-up in 2008. Their opponent in each of those title games was Mount Union.

Leipold reached 100 victories faster than any coach in National Collegiate Athletic Association history, doing so in his 106th game on October 18, 2014. This broke the previous mark of 108 games set by Gil Dobie in 1921.