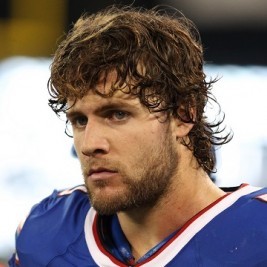 Businesses, Non-profit organizations, event planners and companies across the country have worked closely with our booking agents to hire Kiko Alonso for a speaking engagements, guest appearances, product endorsements and corporate events. Many of those same clients have continued to turn to our speakers bureau as we can easily align Kiko Alonso’s availability with their upcoming seminar, gala, annual conference, corporate function, and grand opening. Our close relationship with Kiko Alonso’s booking agent and management team further enables us to provide inquiring clients with Kiko Alonso’s speaking fee and appearance cost.

If your goal is to hire Kiko Alonso to be your next keynote speaker or to be the next brand ambassador our celebrity speakers bureau can assist. If Kiko Alonso’s booking fee is outside your companies budget or your unable to align with his appearance availability, our booking agents can provide you a list of talent that aligns with your event theme, budget and event date.

Kiko Alonso was born August 14, 1990 and is a linebacker for the Philadelphia Eagles of the National Football League (NFL). He played college football for the University of Oregon. The Buffalo Bills selected him in the second round of the 2013 NFL Draft. On May 15, 2013, Alonso signed a four year contract with the Buffalo Bills. In his first NFL regular season game against the New England Patriots, Alonso had a total of 9 tackles leading the Bills defense close to an upset win. The next week against the Carolina Panthers, Alonso had a total of 10 tackles, 1 interception, and a sack to lead the Bills to their first win of the season under new head coach Doug Marrone. In Week 3, Alonso finished the game with 8 tackles and a pick in a loss to fellow rookie Geno Smith and the New York Jets. He was the first Bills player to record an interception in back to back games since Jairus Byrd in 2009. In week 4, Alonso had 5 tackles and 2 interceptions to help his team get past the Baltimore Ravens, reigning Super Bowl champions. As of week 4, he's tied for the lead in interceptions in the league, with 4. On October 3, 2013, Alonso was named the NFL Defensive Rookie of the Month for the month of September. On a Week 5 Showdown vs the Browns, Alonso leaped over the line on a 2nd and goal opportunity for the Browns to hold running back Willis McGahee till the other defenders tackled him for a loss. Alonso finished the game with 12 tackles and no interceptions, the first time not the get an interception a game since Week 1. As of Week 5 stats, he is tied for first place with 4 interceptions and 2nd in tackles, both of them leading all Rookies in the league. In a Week 6 game vs. Cincinnati, Alonso had the biggest game of his young career, where he recorded 22 tackles. Although Buffalo lost in overtime, Alonso got nominated for NFL Rookie of the Week for the second time of his career.