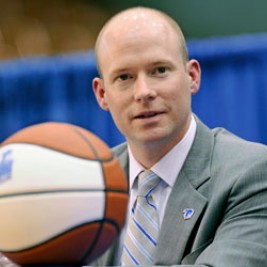 Businesses, Non-profit organizations, event planners and companies across the country have worked closely with our booking agents to hire Kevin Willard for a speaking engagements, guest appearances, product endorsements and corporate events. Many of those same clients have continued to turn to our speakers bureau as we can easily align Kevin Willard’s availability with their upcoming seminar, gala, annual conference, corporate function, and grand opening. Our close relationship with Kevin Willard’s booking agent and management team further enables us to provide inquiring clients with Kevin Willard’s speaking fee and appearance cost.

If your goal is to hire Kevin Willard to be your next keynote speaker or to be the next brand ambassador our celebrity speakers bureau can assist. If Kevin Willard’s booking fee is outside your companies budget or your unable to align with his appearance availability, our booking agents can provide you a list of talent that aligns with your event theme, budget and event date.

Kevin Willard was born April 6, 1975 and is a college basketball coach and the current head men's basketball coach at Seton Hall University, and former coach of Iona College. He took over Iona from Jeff Ruland on April 10, 2007.

In his third season with Iona, Willard led the Gaels to the 14th 20-win season in program history. It was a nine-win improvement from his first two seasons in New Rochelle. After inheriting a program that was 10th to last in the Ratings Percentage Index (RPI), the Gaels improved to a Top 80 RPI in 2009–10, the highest turnaround over the timespan in NCAA Division I. After completing the turnaround, Willard accepted a head coaching position in the Big East with Seton Hall University on March 28, 2010.

Willard came to Iona after spending ten years as an assistant under Rick Pitino. He started his coaching career in the NBA ranks, working on the bench with the Boston Celtics. After Pitino resigned from the Celtics in 2001, Willard followed him to Louisville, and spent the next six years as an assistant there.

Willard played basketball at Western Kentucky during the 1992–93 season (his freshman year) before transferring to Pittsburgh to finish his career.

Willard's father, Ralph Willard, is the associate head coach at the Louisville and a former head men's basketball coach at Holy Cross, Pittsburgh and Western Kentucky.