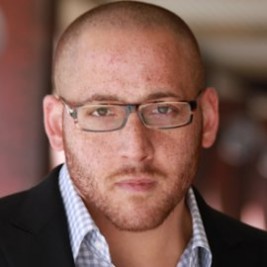 Businesses, Non-profit organizations, event planners and companies across the country have worked closely with our booking agents to hire Kevin Hines for a speaking engagements, guest appearances, product endorsements and corporate events. Many of those same clients have continued to turn to our speakers bureau as we can easily align Kevin Hines’s availability with their upcoming seminar, gala, annual conference, corporate function, and grand opening. Our close relationship with Kevin Hines’s booking agent and management team further enables us to provide inquiring clients with Kevin Hines’s speaking fee and appearance cost.

If your goal is to hire Kevin Hines to be your next keynote speaker or to be the next brand ambassador our celebrity speakers bureau can assist. If Kevin Hines’s booking fee is outside your companies budget or your unable to align with his appearance availability, our booking agents can provide you a list of talent that aligns with your event theme, budget and event date.

Kevin Hines is a global speaker, author and mental health advocate who reaches audiences with his story of an unlikely survival and his strong will to live. Two years after he was diagnosed with bipolar disorder (at 19 years of age), he attempted to take his own life by jumping from the Golden Gate Bridge. He is one of only thirty-four (less than 1%) to survive the fall and he is the only Golden Gate Bridge jump survivor who is actively spreading the message of living mentally healthy around the globe.

In 2012, he was awarded a Lifetime Achievement Award for his outstanding work as a suicide prevention advocate and speaker by the National Council of Behavioral Health. He has also been recognized by SAMHSA as a Voice Awards Fellow and Award Winner, an Achievement Winner by the US Veterans Affairs, and he has received a Three Star Marine General’s Medal Award in addition to his numerous accolades. Kevin’s will to live and stay mentally well has inspired people worldwide. His compelling story has touched diverse, global audiences with university campuses, high schools, corporations, clergy, military, clinicians, health and medical communities, law enforcement organizations, and various conferences.

Kevin sits on honorary boards of both the International Bipolar Foundation (dedicated to healing from Bipolar Disorder) as well as the Bridge Rail Foundation (dedicated to ending suicides at the Golden Gate Bridge). He is currently a member of the National Suicide Prevention Lifeline’s Consumer Survivors Sub-Committee. Kevin was a two term member of San Francisco’s Mental Health Board and has spoken in congressional hearings alongside Patrick Kennedy in support of The Mental Health Parity Bill. He sat on the San Francisco Chapter of the American Foundation for Suicide Prevention for one year and helped raise over $30,000 for the AFSP.

In the summer of 2013, Kevin released his memoir titled, “Cracked Not Broken, The Kevin Hines Story.” It has continued to sell out and is on several bestsellers’ lists. His story was featured in the film “The Bridge” by the film director and producer Eric Steel. Thousands of people have reached out to him expressing thanks for his message of hope.

Kevin believes in the power of the human spirit and in the fact that you can find the ability to live mentally well. Maybe not every day, but certainly most days. His mantra: “Life is a gift, that is why they call it the present. Cherish it always.”