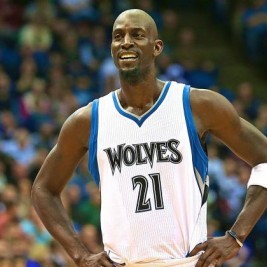 Businesses, Non-profit organizations, event planners and companies across the country have worked closely with our booking agents to hire Kevin Garnett for a speaking engagements, guest appearances, product endorsements and corporate events. Many of those same clients have continued to turn to our speakers bureau as we can easily align Kevin Garnett’s availability with their upcoming seminar, gala, annual conference, corporate function, and grand opening. Our close relationship with Kevin Garnett’s booking agent and management team further enables us to provide inquiring clients with Kevin Garnett’s speaking fee and appearance cost.

If your goal is to hire Kevin Garnett to be your next keynote speaker or to be the next brand ambassador our celebrity speakers bureau can assist. If Kevin Garnett’s booking fee is outside your companies budget or your unable to align with his appearance availability, our booking agents can provide you a list of talent that aligns with your event theme, budget and event date.

Kevin Garnett is an American professional basketball player who currently plays for the Minnesota Timberwolves of the National Basketball Association (NBA). He plays the power forward and center positions. In high school, Garnett was a 1995 McDonald's All-American at Farragut Career Academy and won a national player of the year award. Garnett entered the 1995 NBA draft, where he was selected with the fifth overall pick by the Minnesota Timberwolves and became the first NBA player drafted directly out of high school in 20 years.

Garnett made an immediate impact with the Minnesota Timberwolves leading them to eight-consecutive playoff appearances. In 2004, Garnett led the Timberwolves to the Western Conference Finals and won the NBA Most Valuable Player Award. Since his second season in the NBA, Garnett has been named to 15 All-Star Games, winning the All-Star MVP award in 2003, and is currently tied for third-most All-Star selections in NBA history. He was awarded the regular season's NBA Defensive Player of the Year in the 2007–08 season and has been a nine-time member of the All-NBA Teams selection and a 12-time member of the All-Defensive Teams selection. Garnett currently holds several all-time Timberwolves franchise records.

After spending 12 seasons with the Minnesota Timberwolves, Garnett was traded to the Boston Celtics in a blockbuster trade in 2007. In his first year with the Celtics, he helped lead them to their first NBA championship since 1986, while also finishing third for the MVP award. In 2013, Garnett was included in a second headline trade that sent him to the Brooklyn Nets alongside long-time Celtic Paul Pierce. Garnett was traded back to Minnesota on February 19, 2015.