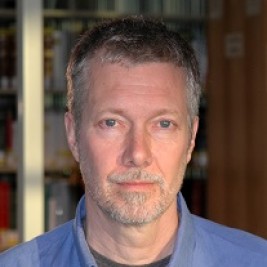 Businesses, Non-profit organizations, event planners and companies across the country have worked closely with our booking agents to hire Kevin Bales for a speaking engagements, guest appearances, product endorsements and corporate events. Many of those same clients have continued to turn to our speakers bureau as we can easily align Kevin Bales’s availability with their upcoming seminar, gala, annual conference, corporate function, and grand opening. Our close relationship with Kevin Bales’s booking agent and management team further enables us to provide inquiring clients with Kevin Bales’s speaking fee and appearance cost.

If your goal is to hire Kevin Bales to be your next keynote speaker or to be the next brand ambassador our celebrity speakers bureau can assist. If Kevin Bales’s booking fee is outside your companies budget or your unable to align with his appearance availability, our booking agents can provide you a list of talent that aligns with your event theme, budget and event date.

In 1990, Bales teamed with Simon Pell, then head of Arts for Labour in the UK, to form the fund-raising and research consultancy, Pell & Bales Ltd. The firm raises funds for medical charities, human rights groups, environmental campaigns, overseas development, and the Labour Party. In November 2011 fundraising by the company passed the one billion pound mark (£1,000,000,000 or $1.6 billion).

He has since served as a Trustee of Anti-Slavery International and as a consultant to the United Nations Global Program on Trafficking of Human Beings. He has advised the US, British, Irish, Norwegian and Nepali governments and the Economic Community of West African States on matters relating to the formulation of policy on slavery and human trafficking. Bales edited an Anti-Human Trafficking Toolkit for the United Nations, and published a report on forced labor in the US with the Human Rights Center at Berkeley.

From 2001 to 2005 Bales was a visiting professor of International Studies at the Croft Institute at the University of Mississippi.

Presently, in addition to his role as Co-Founder of Free The Slaves, Bales holds the position of Professor of Contemporary Slavery at the Wilberforce Institute for the Study of Slavery and Emancipation (WISE), University of Hull, as well as that of Emeritus Professor of Sociology at Roehampton University in London. He also serves on the Board of Directors of the International Cocoa Initiative.

Dr. Bales has written extensively on modern slavery. Perhaps his best-known book is Disposable People: New Slavery in the Global Economy (1999; revised edition, 2004, further edition 2012), a firsthand analysis of the operations of five slave-based businesses: prostitution in Thailand, selling of water in Mauritania, production of charcoal in Brazil, general agriculture in India, and brickmaking in Pakistan. It was nominated for the Pulitzer Prize and has been published in ten different languages. The book formed the basis for a film, "Slavery: A Global Investigation", made by TrueVision in 2000, which won a Peabody Award in 2000 and two Emmy Awards in 2002.