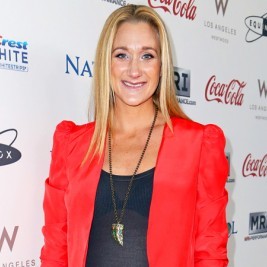 Businesses, Non-profit organizations, event planners and companies across the country have worked closely with our booking agents to hire Kerri Walsh for a speaking engagements, guest appearances, product endorsements and corporate events. Many of those same clients have continued to turn to our speakers bureau as we can easily align Kerri Walsh’s availability with their upcoming seminar, gala, annual conference, corporate function, and grand opening. Our close relationship with Kerri Walsh’s booking agent and management team further enables us to provide inquiring clients with Kerri Walsh’s speaking fee and appearance cost.

If your goal is to hire Kerri Walsh to be your next keynote speaker or to be the next brand ambassador our celebrity speakers bureau can assist. If Kerri Walsh’s booking fee is outside your companies budget or your unable to align with his appearance availability, our booking agents can provide you a list of talent that aligns with your event theme, budget and event date.

Walsh Jennings and teammate Misty May-Treanor were the gold medalists in beach volleyball at the 2004, 2008, and 2012 Summer Olympics. They have been called "the greatest beach volleyball team of all time."

Walsh attended Stanford University, where she won national titles in 1996 and 1997 and was a four-year first-team All-American in traditional volleyball, Final Four MVP in 1996 and co-National Player of the Year in 1999. She graduated from Stanford in 2000 with a B.A. in American studies. She played against her teammate (Misty May) in college.

Walsh played in the 2000 Summer Olympics on the U.S. women's indoor team, earning a fourth-place finish.

At the 2004 Summer Olympics, Walsh and Misty May-Treanor won the gold medal in women's beach volleyball without losing a single set. On August 21, 2008 Walsh Jennings and May-Treanor repeated as Olympic gold medalists, defeating the first-seeded Chinese team in the final match (they would have been first-seeded, but home rule put them in the #2 spot with China as the #1). May-Treanor and Walsh did not lose a set in either of the past two Olympics. Their final match extended their unbeaten streak to 108 matches.

Walsh and May-Treanor competed together for the last time in the 2012 Summer Olympics in London. After first and second round wins, they continued their Olympic win streak of 32 consecutive sets without a loss until losing the first set of three to Austria in a preliminary round before ultimately winning the match, 17–21; 21–8; 15–10. They went on to defeat fellow Americans Jen Kessy and April Ross, 21–16, 21–16 on August 8, 2012 to win the gold medal once again.

Beyond winning dozens of tournaments, Kerri is an extremely valuable marketing image for the sport. Her friendly and personable demeanor, great sportsmanship, and imposing presence on the court have done much to fuel the popularity of beach volleyball in the 2000s. She has appeared in several television commercials, and has been a guest on a number of popular talk shows as a result. In February 2006, Kerri Walsh had a guest starring role in an episode of CSI: Miami along with several other AVP Volleyball players.

Walsh also hosts a weekly, one-hour radio show on Sirius Satellite Radio's Faction 28 station. It airs every Sunday morning at 9 AM Eastern time. Walsh is one of many athletes to have a show on Faction 28. Other athletes with shows include Lance Armstrong, Tony Hawk and Bode Miller.