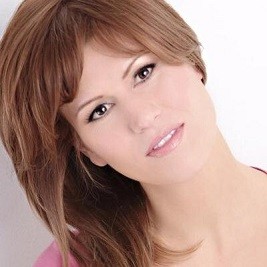 Businesses, Non-profit organizations, event planners and companies across the country have worked closely with our booking agents to hire Kerri Louise for a speaking engagements, guest appearances, product endorsements and corporate events. Many of those same clients have continued to turn to our speakers bureau as we can easily align Kerri Louise’s availability with their upcoming seminar, gala, annual conference, corporate function, and grand opening. Our close relationship with Kerri Louise’s booking agent and management team further enables us to provide inquiring clients with Kerri Louise’s speaking fee and appearance cost.

If your goal is to hire Kerri Louise to be your next keynote speaker or to be the next brand ambassador our celebrity speakers bureau can assist. If Kerri Louise’s booking fee is outside your companies budget or your unable to align with his appearance availability, our booking agents can provide you a list of talent that aligns with your event theme, budget and event date.

Kerri Louise is an American stand-up comedian. Louise was a finalist on the second season of Last Comic Standing and has appeared on television programs such as Tough Crowd with Colin Quinn and The View. Louise has performed at many of the leading comedy clubs throughout the world, including Caroline's, The TakeOut Comedy Club Hong Kong and The Comic Strip Live.

Part girl next door, part Generation-X, Kerri Louise is a pleasure to watch. Her broad appeal has made her a natural on television shows such as Access Hollywood, the Today Show, 20/20, and New Joke City.

The only woman in five years to reach the semi-finals of the San Francisco Comedy Competition, Kerri was selected as one of the top female comics in the country to perform in the first Marshalls' Women in Comedy Festival.

She took her comedy writing talents to the stage when she wrote, produced and starred in six sold out, off-off- Broadway shows called Bathroom Confessions. These credits, plus her yearly stand-out performance in the New York City Toyota Comedy Festival have made Kerri Louise a nation-wide attraction.