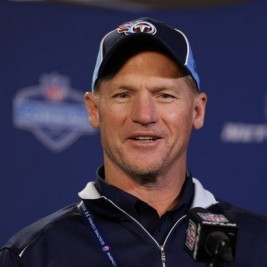 Businesses, Non-profit organizations, event planners and companies across the country have worked closely with our booking agents to hire Ken Whisenhunt for a speaking engagements, guest appearances, product endorsements and corporate events. Many of those same clients have continued to turn to our speakers bureau as we can easily align Ken Whisenhunt’s availability with their upcoming seminar, gala, annual conference, corporate function, and grand opening. Our close relationship with Ken Whisenhunt’s booking agent and management team further enables us to provide inquiring clients with Ken Whisenhunt’s speaking fee and appearance cost.

If your goal is to hire Ken Whisenhunt to be your next keynote speaker or to be the next brand ambassador our celebrity speakers bureau can assist. If Ken Whisenhunt’s booking fee is outside your companies budget or your unable to align with his appearance availability, our booking agents can provide you a list of talent that aligns with your event theme, budget and event date.

Head coach of the Tennessee Titans, Ken Whisenhunt was born February 28, 1962 in Augusta, Georgia. He is known for his well engineered offensive plays, including the success he had with the Pittsburgh Steelers in his 3 years as their offensive coordinator under Bill Cowher and winning Super Bowl XL during the 2005 season.

On January 14, 2007 the Arizona Cardinals hired Whisenhunt as their new head coach, with a contract to receive an average of $2.5 million annually. Whisenhunt had also interviewed for the head coaching position with the Steelers, Atlanta Falcons and Miami Dolphins. He was previously interviewed to be the head coach of the Oakland Raiders in February 2006, but he pulled out of talks before an offer could be made. The Cardinals showed improvement in Whisenhunt's first season, finishing 8-8 after finishing 5-11 the previous two seasons and losing 10 or more games in seven of the previous eight campaigns. It was their first non-losing season since 1998, though they still failed to make the playoffs.

Going into his second season, Whisenhunt made the decision to go with veteran quarterback Kurt Warner as his starter. In previous seasons, Warner had split time with the team's younger quarterback Matt Leinart, although Warner started the final 11 games of the 2007 season after Leinart suffered a season-ending injury. This decision has paid off as Warner has put up career numbers in leading the Cardinals to a 9-7 regular season record in the 2008 season and the NFC West Division championship, the Cardinals' first division title since 1975, when the team played in St. Louis, and the club's first playoff berth since 1998. On January 10, 2009, the Cardinals defeated the Carolina Panthers and advanced to and will host the NFC Championship game for the first time in franchise history.