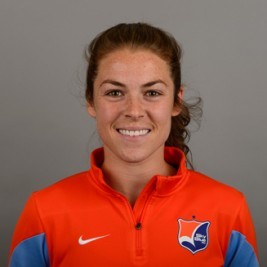 Businesses, Non-profit organizations, event planners and companies across the country have worked closely with our booking agents to hire Kelley O'Hara for a speaking engagements, guest appearances, product endorsements and corporate events. Many of those same clients have continued to turn to our speakers bureau as we can easily align Kelley O'Hara’s availability with their upcoming seminar, gala, annual conference, corporate function, and grand opening. Our close relationship with Kelley O'Hara’s booking agent and management team further enables us to provide inquiring clients with Kelley O'Hara’s speaking fee and appearance cost.

If your goal is to hire Kelley O'Hara to be your next keynote speaker or to be the next brand ambassador our celebrity speakers bureau can assist. If Kelley O'Hara’s booking fee is outside your companies budget or your unable to align with his appearance availability, our booking agents can provide you a list of talent that aligns with your event theme, budget and event date.

Kelley O'Hara is a FIFA Women's World Cup champion and Olympic soccer gold medalist who plays as a wingback and midfielder for the United States Women's National Soccer Team and a forward for National Women's Soccer League club Sky Blue FC. As a forward for the Stanford women's soccer team, she was the recipient of the 2009 Hermann Trophy, soccer's version of the Heisman Trophy.

In the history of the United States under-20 team, she is tied as the all-time third leading scorer and is sixth in number of games played. At the senior level, she competed in the 2011 and 2015 FIFA Women's World Cups, and was one of three players for the U.S. that played every minute in the 2012 Olympics women's football tournament.

She was a Parade All-American before attending Stanford and helped lead Stanford to its first College Cup in 15 years in 2008. As a senior in 2009, she scored 26 goals and 13 assists and the Cardinal reached the College Cup for a second straight year. She won the Hermann Trophy in 2009 as the nation's best women's soccer player.

She played every minute during the U.S.'s gold medal run at the 2012 Olympics and scored her first career goal at the senior international level during the U.S.'s run to the Women's World Cup championship in 2015.