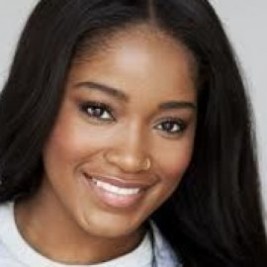 Businesses, Non-profit organizations, event planners and companies across the country have worked closely with our booking agents to hire Keke Palmer for a speaking engagements, guest appearances, product endorsements and corporate events. Many of those same clients have continued to turn to our speakers bureau as we can easily align Keke Palmer’s availability with their upcoming seminar, gala, annual conference, corporate function, and grand opening. Our close relationship with Keke Palmer’s booking agent and management team further enables us to provide inquiring clients with Keke Palmer’s speaking fee and appearance cost.

If your goal is to hire Keke Palmer to be your next keynote speaker or to be the next brand ambassador our celebrity speakers bureau can assist. If Keke Palmer’s booking fee is outside your companies budget or your unable to align with his appearance availability, our booking agents can provide you a list of talent that aligns with your event theme, budget and event date.

Famed actress/singer Keke Palmer earned her first taste of national exposure with a small role in "Barbershop 2: Back in Business," later starring in "Akeelah and the Bee."

It wasn't long before bigger acting opportunities came Palmer's way. Her early credits include a string of appearances on several television shows, including "ER," "Cold Case" and "Law & Order."

In 2004, Palmer starred opposite William H. Macy in the made-for-TV movie "The Wool Cap," a performance that earned her the distinction of being youngest nominee for the Screen Actors Guild's best leading actress honor.

Other work soon followed, including "Madea's Family Reunion" and "Akeelah and the Bee," which tells the story of a young girl and her pursuit of the National Spelling Bee championship. The film, starring Laurence Fishburne and Angela Bassett, garnered Palmer significant critical praise. The soundtrack also featured Palmer's first recording, "All My Girlz." The song led Atlantic Records to bring Palmer into the studio for more recording time. The singer's first album, So Cool, a mix of R&B tracks, was released in 2007.

In recent years, Palmer has continued to maintain a full-time acting schedule. In 2007, she co-starred with Samuel L. Jackson and Eva Mendes in "The Cleaner." A year later, she headlined "The Longshots"; she played Jasmine Plummer, the first girl to quarterback an all-boys football team in the Pop Warner nationals, in the film. In 2008, Palmer was cast as the star of "True Jackson, VP," a Nickelodeon program about a 15-year-old girl who becomes vice president of a billion-dollar fashion company.

In 2012, Palmer starred alongside Dolly Parton and Queen Latifah in the film "Joyful Noise." She produced and starred in "Rags," a Nickelodeon musical film, as well as voice characters in "Ice Age: Continental Drift" and "Winx Club." Palmer has also recently been cast in the upcoming comedy "Virgin Mary," opposite Abigail Breslin and Carter Jenkins, and will also star in the upcoming TLC VH1-biopic "CrazySexyCool: The TLC Story."

With her versatility as an actress and singer, Palmer is sure to be gracing screens and stages for years to come.