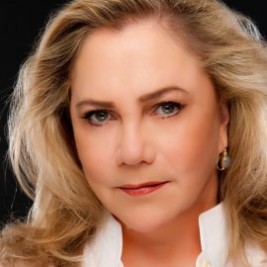 If your goal is to hire Kathleen Turner to be your next keynote speaker or to be the next brand ambassador our celebrity speakers bureau can assist. If Kathleen Turner’s booking fee is outside your companies budget or your unable to align with his appearance availability, our booking agents can provide you a list of talent that aligns with your event theme, budget and event date.

One of America's premier actresses, Kathleen Turner has created unforgettably strong characters on stage and screen with her blend of raw sexuality, beauty, intelligence and drive. She has garnered critical acclaim for her performances in various movies including "Body Heat," for which she was nominated for a Golden Globe; "Romancing The Stone" and "Prizzi's Honor," for which she earned Golden Globe Awards; "Peggy Sue Got Married," for which she was nominated for both an Academy Award and a Golden Globe; and "War of the Roses," which brought her yet another Golden Globe nomination. Turner's extensive film credits also include "The Man with Two Brains" with Steve Martin, "Jewel of the Nile" with Michael Douglas, "The Accidental Tourist," "V.I. Warshawski," John Waters' "Serial Mom," "Naked in New York," "Moonlight and "Valentino," "The Real Blonde" and Sofia Coppola's "The Virgin Suicides."

Turner has also starred on Broadway in "Cat on a Hot Tin Roof," for which she received a Tony nomination; "Indiscretions"; "The Graduate"; and "Who's Afraid of Virginia Woolf," for which she received a second Tony nomination. In 2006, she reprised her role in "Who's Afraid of Virginia Woolf" and was awarded the Evening Standard Award and the Critics Circle Award.

She is the author of "Send Yourself Roses: Thoughts on My Life, Love, and Leading Roles," a frank, funny, irreverent and inspiring memoir.

A highly active advocate for women's choice and supporting civil liberties, Kathleen Turner has served as the chair of the Planned Parenthood Federation of America Board of Advocates, testifying before Congress on America's family planning program and on the Equity of Prescription Insurance Contraception Coverage Act. She remains passionate about changing the current social climate in America to one that respects women's health choices.