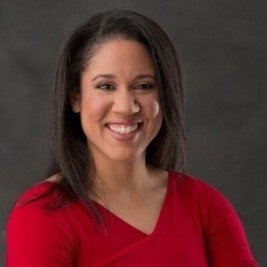 Businesses, Non-profit organizations, event planners and companies across the country have worked closely with our booking agents to hire Kara Lawson for a speaking engagements, guest appearances, product endorsements and corporate events. Many of those same clients have continued to turn to our speakers bureau as we can easily align Kara Lawson’s availability with their upcoming seminar, gala, annual conference, corporate function, and grand opening. Our close relationship with Kara Lawson’s booking agent and management team further enables us to provide inquiring clients with Kara Lawson’s speaking fee and appearance cost.

If your goal is to hire Kara Lawson to be your next keynote speaker or to be the next brand ambassador our celebrity speakers bureau can assist. If Kara Lawson’s booking fee is outside your companies budget or your unable to align with his appearance availability, our booking agents can provide you a list of talent that aligns with your event theme, budget and event date.

Kara Lawson was born on February 14, 1981 in Alexandria, Virginia. Lawson is a professional basketball player for the Sacramento Monarchs of the WNBA. Lawson primarily plays as a shooting guard. She won a gold medal at the 2008 Olympics in Beijing, China.

Lawson attended the University of Tennessee (UT) and played for the Lady Vols basketball team, coached by Pat Summitt. She enrolled in UT's College of Business, and graduated in 2003 with a degree in Finance.  On April 24, 2003, Lawson was selected by the Detroit Shock in the first round (fifth overall) during the annual WNBA Draft. But five days later, the Shock traded Lawson to the Sacramento Monarchs in exchange for Kedra Holland-Corn and a 2004 second-round draft pick. Two years later, Lawson would be a key member of the Monarchs 2005 championship team.

In recent years, Lawson has been involved in sports broadcasting during the WNBA off-season, doing commentaries for men's and women's college basketball games and Sacramento Kings games. In addition, Lawson is a sideline reporter for the NBA on ESPN. She was the first female to serve as a nationwide broadcast analyst for an NBA game, when New Orleans took on the Washington Wizards in Oklahoma.