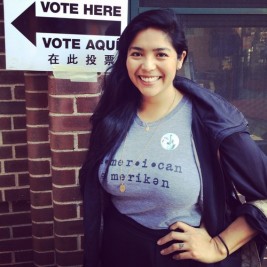 Businesses, Non-profit organizations, event planners and companies across the country have worked closely with our booking agents to hire Julissa Arce for a speaking engagements, guest appearances, product endorsements and corporate events. Many of those same clients have continued to turn to our speakers bureau as we can easily align Julissa Arce’s availability with their upcoming seminar, gala, annual conference, corporate function, and grand opening. Our close relationship with Julissa Arce’s booking agent and management team further enables us to provide inquiring clients with Julissa Arce’s speaking fee and appearance cost.

If your goal is to hire Julissa Arce to be your next keynote speaker or to be the next brand ambassador our celebrity speakers bureau can assist. If Julissa Arce’s booking fee is outside your companies budget or your unable to align with his appearance availability, our booking agents can provide you a list of talent that aligns with your event theme, budget and event date.

Julissa Arce is a political commentator, speaker, writer and author of MY (UNDERGROUND) AMERICAN DREAM. She is a leading voice in the fight for social justice, immigrant rights and education equality.  She is a contributor for CNBC and the Huffington Post.  Her writing has been featured in CNN, The Hill, Refinery29, CNN en Español, and Fusion among other national outlets.

She is the chairman, and co-founder of the Ascend Educational Fund (AEF). AEF is a college scholarship and mentorship program for immigrant students in New York City, regardless of their ethnicity, national original or immigration status.  She made national and international headlines when she revealed that she had achieved the American Dream of wealth and status at Goldman Sachs while undocumented.

Julissa uses her inspirational story to change the conversation around immigration in her book, MY (UNDERGROUND) AMERICAN DREAM (Entre Las Sombras del Sueño Americano).  The book explores the polarizing question: for an undocumented immigrant, what is the true cost of the American dream?

In the heady days of the most astronomical stock-market rise in Wall Street history, Julissa Arce climbed the corporate ladder—a rare Hispanic woman in a sea of suits and ties. In 2005, against all odds, she landed one of the most coveted jobs as an analyst at Goldman Sachs. Over the course of the next six years, even while the financial markets crashed, she continued to climb the corporate ladder—riding a series of promotions to become a Vice President, complete with a high six-figure salary and all of the perks that come with living the Goldman Sachs life. What none of her colleagues knew was that she wasn't just a young woman who broke through ceilings in a cutthroat male-dominated field: she was also an undocumented American from Mexico.

MY (UNDERGROUND) AMERICAN DREAM challenges our perceptions of what it means to be an undocumented immigrant. During the current political climate where immigrants seeking refuge are at America’s doorstep and on our minds, Arce’s personal story of sacrifice, pain and suffering seeks to add a new perspective that will echo the stories of millions living here without a voice

Arce now uses her success and platform to help shift the conversation around immigration and other social justice issues.  Arce often gives talks at events such as Tedx and the Forbes Reinventing America Summit (alongside Nancy Pelosi, Jessica Alba, and Gayle King). She has also appeared on CNN, MSNBC, NPR, Fox Business News, Telemundo, Bloomberg TV and Univision.  Her writing has been published on Huffington Post, Fusion, CNN, CNN en Español, The Hill, and Univision.  She serves on the board of directors of the National Immigration Law Center and CollegeSpring.  She was officially sworn in as an American citizen in August of 2014.