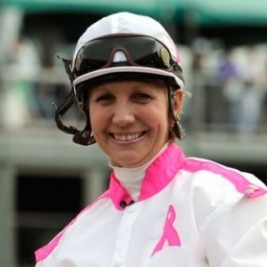 Businesses, Non-profit organizations, event planners and companies across the country have worked closely with our booking agents to hire Julie Krone for a speaking engagements, guest appearances, product endorsements and corporate events. Many of those same clients have continued to turn to our speakers bureau as we can easily align Julie Krone’s availability with their upcoming seminar, gala, annual conference, corporate function, and grand opening. Our close relationship with Julie Krone’s booking agent and management team further enables us to provide inquiring clients with Julie Krone’s speaking fee and appearance cost.

If your goal is to hire Julie Krone to be your next keynote speaker or to be the next brand ambassador our celebrity speakers bureau can assist. If Julie Krone’s booking fee is outside your companies budget or your unable to align with his appearance availability, our booking agents can provide you a list of talent that aligns with your event theme, budget and event date.

Krone won 3,545 races during her career, winning her first racing event at the age of 5.

Julie Krone retired for the first time on April 18, 1999 as the only woman thus far to win a Triple Crown race. After coming out of retirement in 2002, she also was the first woman jockey to win a Breeders' Cup race when she rode Halfbridled to victory in the 2003 Breeders' Cup Juvenile Fillies. On December 12, 2003, just weeks after her Breeders' Cup win, she broke several ribs and suffered severe muscle tears in a fall at Hollywood Park. Though not fully recovered from her injuries, Krone attempted to come back on February 11, 2004, also at Hollywood, but failed to win in three races. She did not ride again; on July 8 of that year, she made a statement in which she did not officially retire, but strongly hinted that she would never race again.

Krone is married to Jay Hovdey, an executive columnist for the Daily Racing Form. She gave birth to their daughter Lorelei on September 28, 2005; he also has a son, Ed, from his previous marriage.