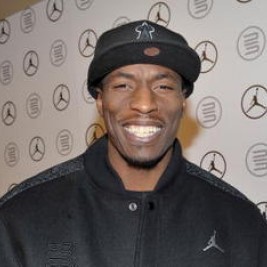 Businesses, Non-profit organizations, event planners and companies across the country have worked closely with our booking agents to hire Josh Howard for a speaking engagements, guest appearances, product endorsements and corporate events. Many of those same clients have continued to turn to our speakers bureau as we can easily align Josh Howard’s availability with their upcoming seminar, gala, annual conference, corporate function, and grand opening. Our close relationship with Josh Howard’s booking agent and management team further enables us to provide inquiring clients with Josh Howard’s speaking fee and appearance cost.

If your goal is to hire Josh Howard to be your next keynote speaker or to be the next brand ambassador our celebrity speakers bureau can assist. If Josh Howard’s booking fee is outside your companies budget or your unable to align with his appearance availability, our booking agents can provide you a list of talent that aligns with your event theme, budget and event date.

The heart and hustle of the Dallas Mavericks, Josh Howard was born on April 28, 1980. Playing his college ball at Wake Forest University, Josh was drafted with the 29th selection in the first round by the Dallas Mavericks. He started his career coming off the bench until he caught a break in 2004. Howard won his spot in the lineup after Marquis Daniels became injured. Consistent performances by Howard have led him to becoming an integral part of the Mavericks, leading them in several games. Howard's defensive ability has led him to feature on a defensive team in college, and a call up to the United States national basketball team. Howard's performances also helped him become an All-Star in 2007.

In the 2005-06 season, Howard averaged a career-high in scoring (15.6 points) and three-point field goal percentage (.429), in addition to tallying 6.8 rebounds and 1.2 steals per game. He was limited to 59 games due to injury. In the 2006 NBA playoffs, Howard was vital to the Mavs' run to the Finals to the point where the team was 23-0 when Howard scored more than 20 points a game

On December 8, 2007, Howard scored a career high 47 points against the Utah Jazz.